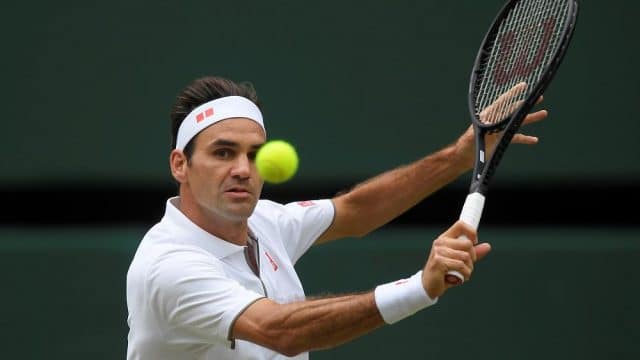 Britain’s Prince William and Kate Middleton were among those in the crowd at Wimbledon on Sunday as reigning champion Novak Djokovic takes on Roger Federer in the men’s singles final.

The Duke and Duchess of Cambridge were in the royal box to see the tennis stars compete.

On Saturday, Serena Williams lost to Romanian Simona Halep during the women’s singles final in a match that lasted 56 minutes, 6-2, 6-2.