The windows of an LGBT center in Reno, Nevada, were smashed Tuesday night in an apparent act of vandalism, the latest in a series of attacks on queer organizations across the country in the past year.

The glass door and windows of Our Center on South Wells Avenue were hit at around 7pm, while staffers were inside, according to NBC 4. Witnesses reported someone with a mask on shouted for people to get down before they threw a rock at the office’s facade.

A video on the Our Center Facebook page shows shards of glass on the street and inside the building.

“It just sort of goes to show that even in where we think it’s such a progressive Reno, that we’re getting so much better, that we’re so accepting, that there’s still people with so much hate in their hearts,” says the person recording the video.

In 2017 alone, at least a dozen LGBT centers were vandalized or attacked: At Casa Ruby in D.C. a masked man pepper-sprayed staffers, while in November, the windows at Freedom Oklahoma in Oklahoma City were riddled with bullets fired by an unknown attacker. 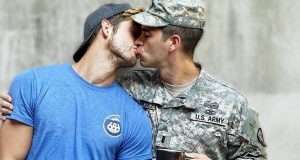 Nick Gayer
0
With his hot body, Max Emerson further inspires our lust with each new Instagram snap and YouTube video that he shares. But he also knows... 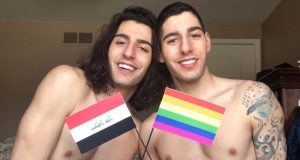 When these gay twins came out together, their mother threw holy...