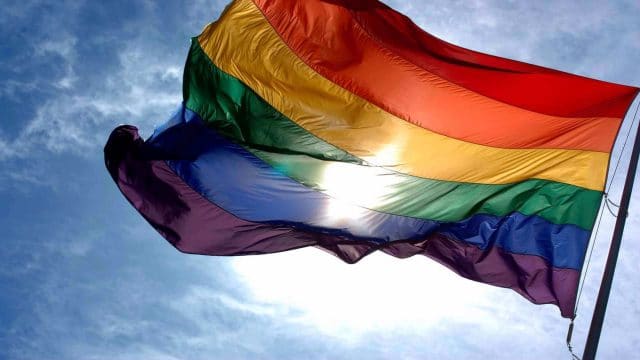 ‘This is a place we live, it’s our home’

A gay couple in Wisconsin is being threatened with eviction for flying a rainbow flag outside their home.

Kevin Kollman and Merle Malterer have lived at the the Country Oaks Apartments in Oak Creek, Wisconsin, for the past six years. Last Wednesday (27 March), the couple received a note explaining they breached their lease.

The note gave them five days to take down their flag — a rainbow American flag.

‘Personally, I feel like we’re being kind of singled out here because it’s what it is.’

According to NBC-2, the property manager said the note had nothing to do with discrimination. Rather, the lease disallows tenants to fly flags outside their homes.

Other tenants, however, expressed different experiences.

Ken Miller said: ‘I’ve been here for three years, and I’ve had these flags up for at least two years and I’ve never had any issues with the flags.’

He added he’s ‘never been told to take them down’.

Kollman and Malterer reportedly planned to take down the flag.

‘This is a place we live. It’s our home,’ Kollman said.

They are now planning on pursuing legal action and the property manager said he’s willing to sit down and speak with them.

GSN reached out to the apartment complex’s management for comment.

Other Flags Flying, But Pride Flag Must Come Down?