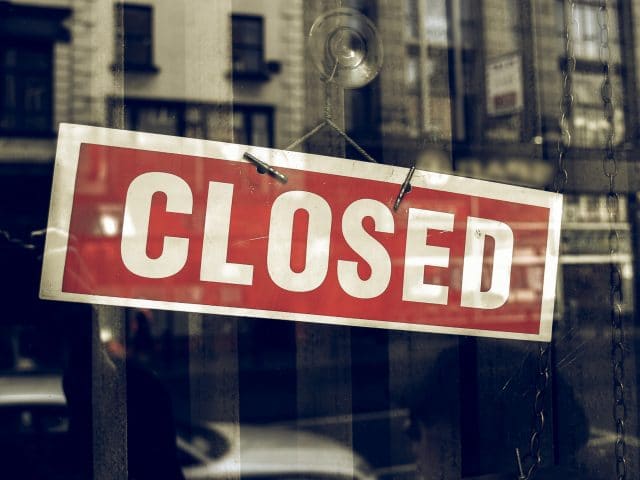 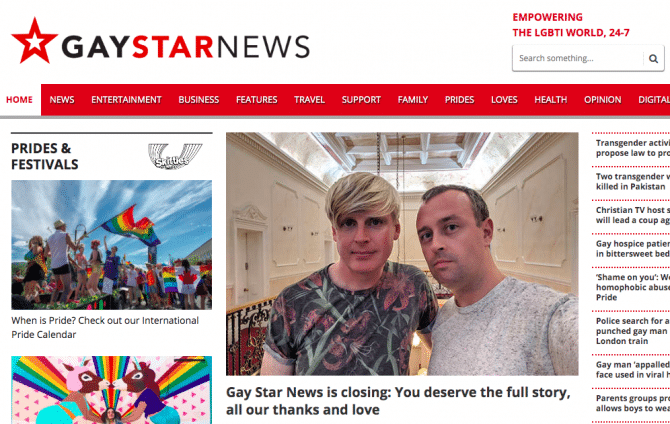 Well, this was rather sudden and unexpected.

Gay Star News, one of the leading LGBTQ media sites based out of the U.K., just announced it’s shutting down. The site will no longer be updated but will remain online in archive form for “as long as possible.”

“We are devastated to have to confirm the reports that Gay Star News has to close, effective immediately,” the site’s co-founder, Tris Reid-Smith, writes in a letter to readers.

The site, which has been in operation for eight years, was unable to turn a profit.

Reid-Smith explains: “We entered 2019 with every reason to be confident we were going to have a strong year. But as the year progressed, decisions have been delayed and projects people had committed to do with us have fallen flat.”

“There are a number of reasons, of course. But the biggest change was the level of confidence brands and businesses in the UK have, due to the uncertainty over Brexit.”

Reid-Smith goes on to say another problem is that many brands want gay dollars but don’t actually want to support the LGBTQ community.

“Brands which are wishing to ‘do’ LGBTI work are increasingly doing so in a tokenistic way,” he writes.

“Rather than working with us to engage and serve LGBTI people year round, many have chosen to ‘rainbow wash’. They have turned their logo rainbow colored for Pride week or month and – at best – made a small donation to an LGBTI good cause.”

Reid-Smith concludes by thanking the site’s supporters and contributors.

“We have worked hard to empower, engage, unite, inform, inspire and entertain,” he says. “We have solidly believed in the power of journalism. We have always believed in our community.”

“Gay Star News and Digital Pride have never just happened. They have been willed into being by incredible people. Until the very end we had good reason to believe we would survive. We have fought through and won through so many times. We were incredibly close. But this one has broken us, and truly broken our hearts.”

Those of us at Queerty would like to wish our friends at Gay Star News all the best in the next endeavors. We’re gonna miss you guys!