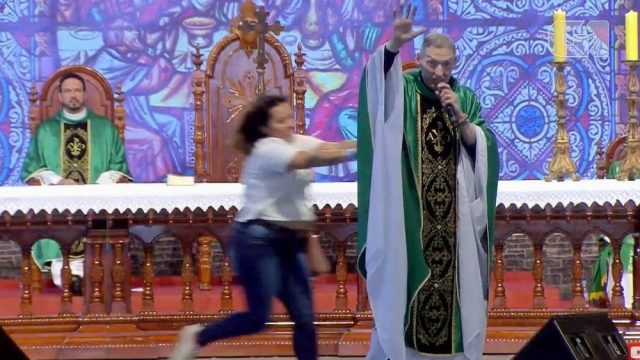 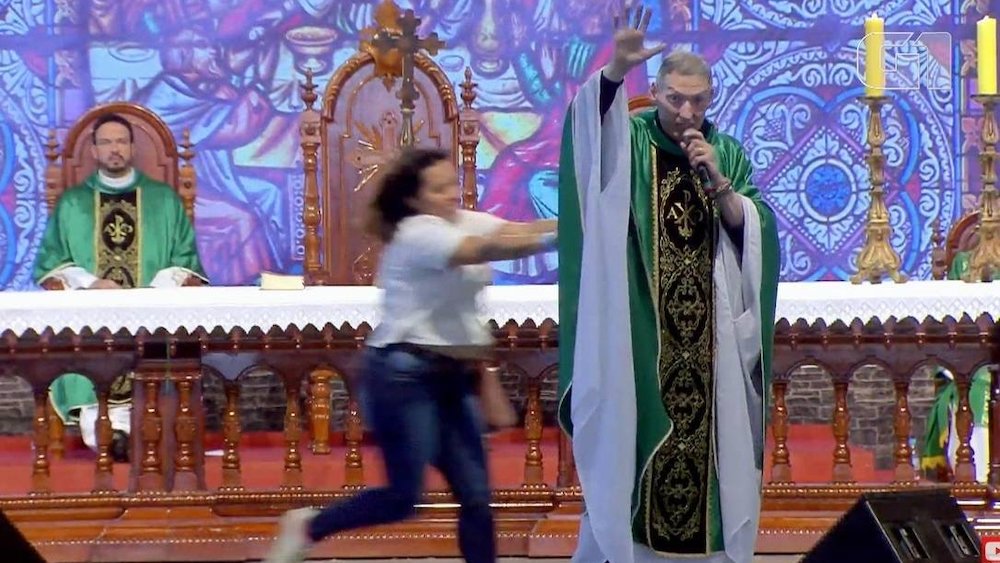 During a mass service in São Paulo, Brazil on Sunday afternoon, a woman came onstage and pushed Father Marcelo Rossi offstage. Rossi is an anti-gay priest and one of Brazil’s most famous priests, but her attack doesn’t seem to have anything to do with his anti-gay stances.

Although the attack was humiliating — it occurred on TV and an audience of over 50,000 people — the priest was reportedly unharmed, returned to the stage minutes later and didn’t press charges.

According to various Brazilian media, the unnamed woman drove in from out of town with her three-year-old son and somehow got through security to rush Rossi onstage. She reportedly claims to have bipolar disorder and has given conflicting accounts of her intentions.

Helpful social note: If you “just want to talk” to somebody, don’t shove them off of an elevated platform like this:

Rossi has made numerous anti-gay statements throughout his career. In November 1998, he said, “A lot of ideas will change the day homosexuality is proven to be an illness.” In a 2014 interview, he said, “Sex between man causes pain, if something causes pain, it can’t be a good thing.” He has also opposed same-sex marriage because, “The word of God is clear that man and woman were created to unite and bear fruit.”

He is also a prolific author and Christian musician with over 11 million sales in Latin America and a radio show with over 3 million listeners nationwide.