Home Stories Woman talks about sharing a boyfriend with her husband … and the... 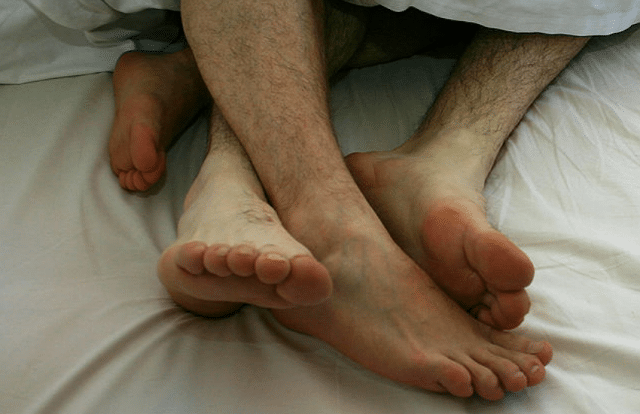 ‘It’s not a traditional marriage by any means, but it works for us.’

A woman has revealed details of her polyamorous relationship between her husband and their ‘boyfriend’.

Talking to Prevention, she says the couple previously had an open relationship but upon the engagement, agreed to become monogamous.

Then she met Oscar.

Her husband was happy for her to explore a relationship with Oscar.

‘Oscar and I were doing an off-off-Broadway show together in the Village. He was funny and very flirtatious. We almost crossed the line and kissed one night while out for drinks after the show. I told Paul about Oscar and he said that if I wanted to go for it, he would be okay with it.’

Then she says: ‘What I didn’t anticipate was that Paul and Oscar would go on to have their own relationship—both sexual and emotional.’

‘After Oscar and I had sex on our own for the first time, it was actually my idea for him to go on a “date” with Paul and me. The first time they met, I could see that there was chemistry between them.

That’s when she first started to have concerns: ‘After that night, I felt really insecure. What if Paul liked Oscar better than me?’

After a while, the three found their own ‘rhythm of being together’ and that’s when they started introducing Oscar to friends as their boyfriend.

Despite this, she says: ‘Of course I sometimes still feel insecure, like last week when I came home from a trip and found Paul and Oscar in bed together watching Netflix. I wasn’t jealous about the sex but rather the intimacy. But then Paul and I still have a lot of our own special moments, and so do the three of us.

‘It’s not a traditional marriage by any means, but it works for us. As long as we are all happy, Paul and I have no plans to stop seeing Oscar.’

You can read the full letter here. All names have been changed for privacy reasons.