Home Gay Life Woman Totally Distaught After Learning Her Boyfriend Had Gay Sex While They... 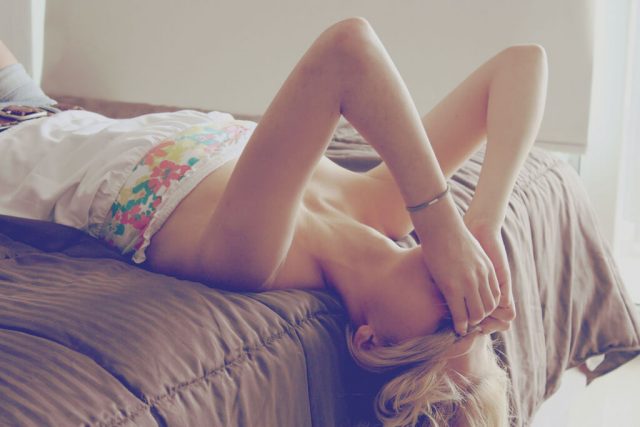 In a new Reddit thread titled My boyfriend [20/m] had gay sex while we were broken up, what do I [19/f] do?, a young women contemplates the future of her relationship.

“My boyfriend and I were together 2 years and we broke up for 4 months,” the post begins. “I was depressed, because I wanted to make it work. I was in love with him, and was absolutely heartbroken.”

We’re sure she was.

“After we broke up,” she continues, “he hooked up with a guy. He said he wanted to try it but didn’t like it. I never got the courage to ask how far the relationship went, as I was never ready to hear the answer.”

“Today,” she says, “I finally asked him. He told me that he had sex with a guy and he was the one giving.”

(We assume she means he was the top. Bless her 19-year-old heart for not knowing the correct terminology.)

“This made me sick to my stomach,” she continues. “I started to cry. It makes me sick to think my boyfriend didn’t wear a condom. Should I ask him if he wore a condom? He showed me that he’s been tested and it came back negative.”

(OK, if the test came back negative, then the whole condom question seems moot at this point. But we digress.)

Apparently, the young woman says, the whole thing just makes her “so sick.” To make matters worse, the guy her boyfriend hooked up with had been trying to seduce him “for the longest time.”

“The guy is rude to me,” she says, “and he said ‘your boyfriend must not have loved you to much because he f***** me while you were broken up.’”

“What should I do?” she wonders. “What should I say to him? All I can picture is them doing stuff. How can I have sex with him again?”

Unfortunately for the young woman, her fellow Reddit users aren’t terribly sympathetic to her plight.

“You were broken up,” one person writes. “You don’t really have standing to be upset about something he did when he was not dating you.”

“So he had sex with someone else while you were broken up,” another person says. “It must’ve occurred to you that that was a possibility.”

“You can accept it or not, that’s up to you,” a third person writes. “But don’t hold his honesty, or his actions while single, against him. If the fact that he had sex when you weren’t together is too much for you to handle, let him go.”

Oh, but the responses don’t stop there.

“Stop thinking about it,” someone suggests. “If you can’t do that, break up. That’s just common sense.”

“Break up and find someone else,” another person says.

“As someone who’s bisexual, your distaste for him having sex with a guy is kind of homophobic,” someone else writes. “He had sex with someone else. You were broken up.”

What advice would you give this young woman? Share your thoughts in the comments section below.