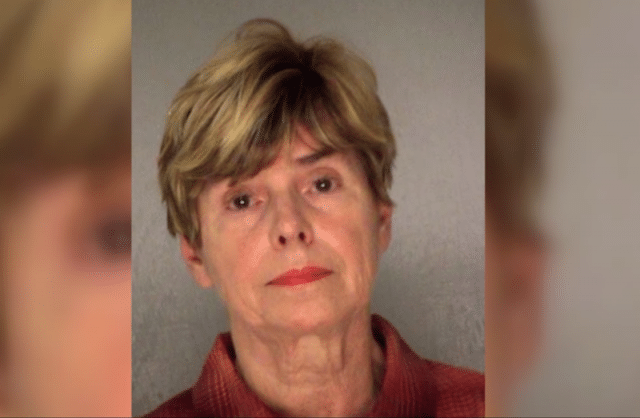 More bad news for Judy Tucker, the Georgia woman who was carted off to jail last weekend after attacking two female soldiers inside a family restaurant.

The 72-year-old’s problems all started last Saturday when she and her homophobic son became enraged at two female soldiers, Treasure Sharpe and Stephanie Mitchell, who they say “got in their way” in a Cheddar’s parking lot in Macon, Georgia.

The mother/son duo chased the soldiers, one of whom is pregnant, into the restaurant and created quite a scene. LaKeycia Ward caught the whole thing on camera and shared the video on social media, where it quickly went viral.

In the video, Tucker can be seen screaming at Sharpe. When Mitchell tries standing in front of her pregnant friend to protect her, Tucker gets even angrier and hits Sharpe in the face.

To which Tucker’s son responds, “Oh really? By her?”

Police were called and Tucker was taken away in handcuffs, sobbing.

Now, Darden Restaurants, which owns Cheddar’s, has released a statement saying that the entire Tucker family is banned from its establishment.

“We were appalled by the behavior of the individuals who confronted the two female service members. Such behavior flies in the face of our values and those individuals are no longer welcome in our restaurant,” the statement read.

But it doesn’t stop there.

According to the Telegraph, Tucker is an artist who teaches occasional art classes at several Macon area colleges, including Mercer University. Until now, that is.

Mercer University has also released a statement saying that Tucker will no longer be invited into their classrooms.

“She has occasionally taught an art class in the past, but will not be teaching at Mercer in the future,” university spokesperson Kyle Sears says.

Tucker was arrested and released on $650 bond. She was charged with simple battery though police say more charges could be pending.