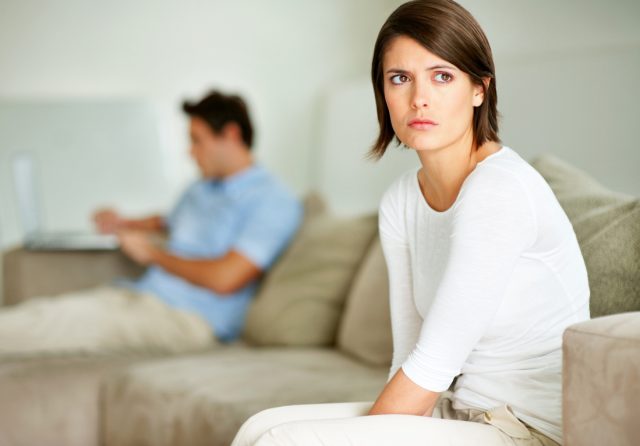 A woman has written to Cosmo’s advice columnist Logan Hill for help in decoding her relationship.

“A few months ago, I snooped on my boyfriend’s Instagram and saw that he had been talking to other girls on there for a little over a year,” the letter begins. “He said that it was nothing and he was sorry. We were going through a rough time, so I understood that he just wanted to feel wanted.”

But that wasn’t what raised her suspicion. It was something else.

“I didn’t understand why there was a guy in his messages talking about having sex and why he responded,” she writes.

According to the woman, her boyfriend swore he didn’t know who had send the messages or how they even got there. He managed to convince her his account had been hacked, which she fully believed… until recently.

“I tried to get onto my email account but realized my boyfriend forgot to sign out of his,” she explains. “I got curious and scrolled a little and noticed that there were a bunch of messages from Craigslist, all responding or posting about having sex with men.”

The woman was horrified.

She continues: “I read all of them. They were very detailed about what he wanted the guys to do and what he would do. There were even pictures of him on his knees that someone else took, pictures of his butt, and ones he took himself.”

When she asked her boyfriend about it, he claimed the pictures had been photoshopped. But the woman had her doubts. Especially since many of them were clearly taken inside his house.

But it doesn’t end there.

“A gay friend of mine also found him on Tinder,” the woman continues. “He keeps denying all of this, but I am not sure how he can deny the pictures or emails that he ‘never got notifications for.’ It’s really hard to believe him given everything I have seen.”

She concludes her letter by writing, “I told him that if it was true, I wouldn’t be mad. I love him and I hate that I think he’s lying to me about this.”

Logan wastes no time getting right to business.

“Before we get to the nitty-gritty, let’s be clear: Your boyfriend is lying,” he writes. “You’ve found messages on Instagram and in his email. You’ve seen photos of him on his knees and read a whole lot of explicit Craigslist emails. Your friend saw him on Tinder. He says he was hacked. He wasn’t.”

He continues: “Think of what a massive hacking conspiracy this would have to be — and for what? Did a network of hackers unite in a long-term, ongoing conspiracy with the sole goal of making it seem like your boyfriend is attracted to men? No.”

Logan tells the woman point blank that she needs to stop making excuses and believe her eyes. Ultimately, he says, she needs to be smart and protect herself.

“Until your boyfriend opens up, I think you need to assume that he’s been having affairs, so don’t trust him if he says he hasn’t had sex with anyone else,” he writes. “I’ll give you the same advice I’d give anyone in a non-monogamous relationship, straight, gay, or bisexual: Practice safe sex. Period.”