WASHINGTON (Reuters) – A Guatemalan asylum seeker left some members of a U.S. House panel visibly shaken on Wednesday with the story of her daughter’s death, saying the toddler had contracted a deadly lung infection during a 20-day detention near the U.S. border with Mexico.

Yazmin Juarez told a House of Representatives subcommittee that it was “like they tore out a piece of my heart” when just weeks after they were released her daughter Mariee died at 19 months old.

She said she left a hospital with nothing but a piece of paper with two handprints in pink paint that staff had made for her, and described through a translator how she missed her daughter’s hugs.

Juarez said it was hard to relive the experience, but wanted to shed light on the lack of medical care. “The world should know,” she said.

“It can’t be so hard for a country like the United States to protect kids who are locked up.”

Juarez testified at the House Committee on Oversight and Reform that was examining treatment of refugees in U.S. detention.

Apprehensions along the border have spiked to the highest in at least a decade, driven by families from Central America who say they are seeking asylum and fleeing violence in their home countries.

Images of filthy detention facilities jammed with refugees has sparked widespread criticism. On Monday U.N. human rights chief Michelle Bachelet said she was “appalled” that migrant children were forced to sleep on floors.

President Donald Trump’s tough stance on immigration has been one of his signature policies. “If Illegal Immigrants are unhappy with the conditions in the quickly built or refitted detentions centers, just tell them not to come,” Trump wrote on Twitter last week.

Juarez told members of Congress, several of whom appeared shaken by her testimony, that her daughter was healthy when the pair were initially detained. They were held with 30 others, including sick children whom Juarez said could have infected her daughter.

Juarez said that she and her daughter fled violence in Guatemala for a better life.

“Unfortunately, that did not happen,” Juarez said.

Several members of the subcommittee including New York Democrat Alexandria Ocasio-Cortez hugged Juarez after she spoke.

“No hay palabras, there are no words,” said Chip Roy of Texas, the ranking Republican on the subcommittee. 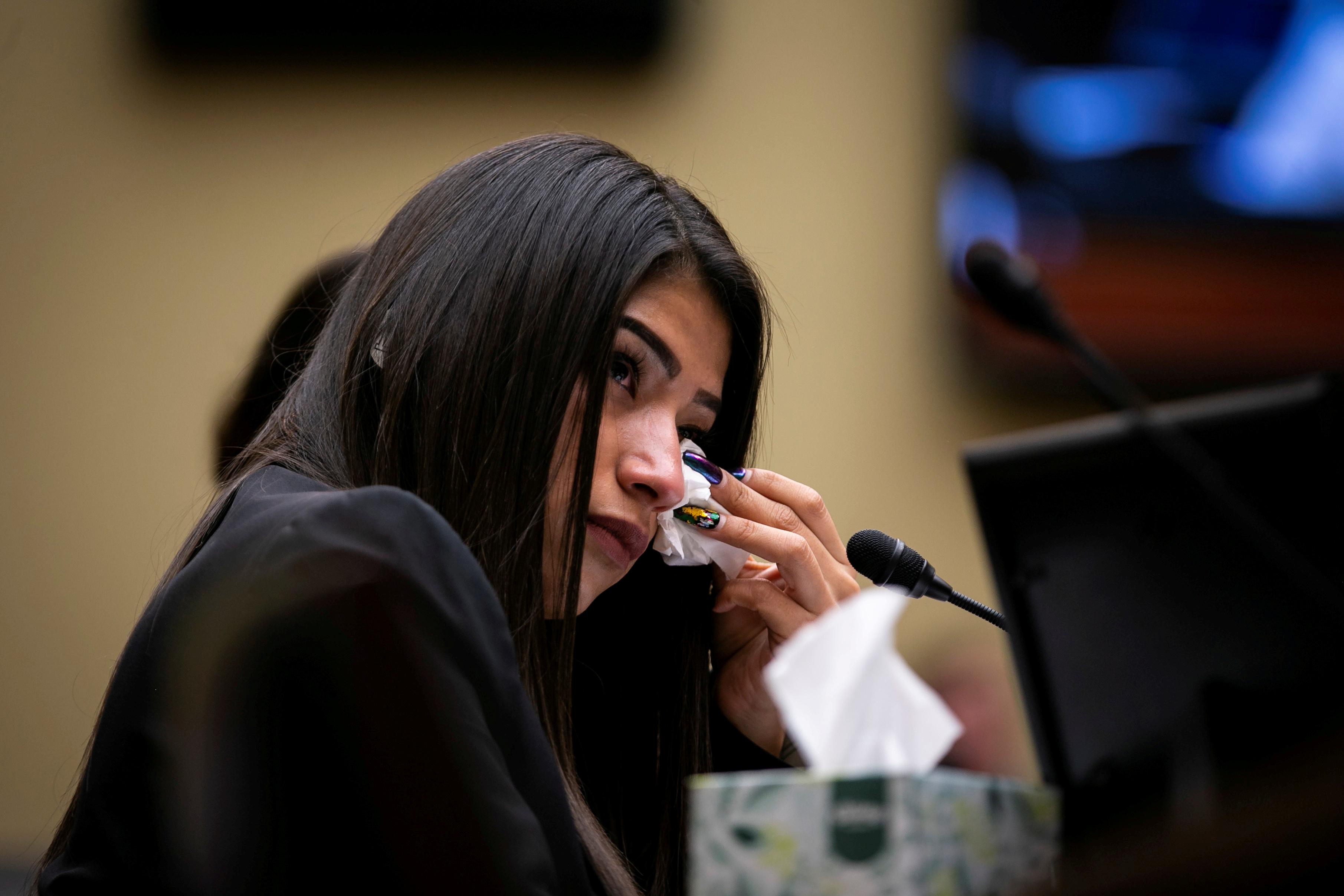 He blamed Democrats for the border crowding.

“The blood is on the hands of the Democrats who refuse to actually address this,” he said.

The hearing came as a senior U.S. Customs and Border Protection official told reporters that border agents were detaining only about 200 unaccompanied children at locations in the Southwest as of Wednesday, down from more than 2,500 in May. The reduction reflects funding increases that have enabled a federal health agency to expand its holding capacity.