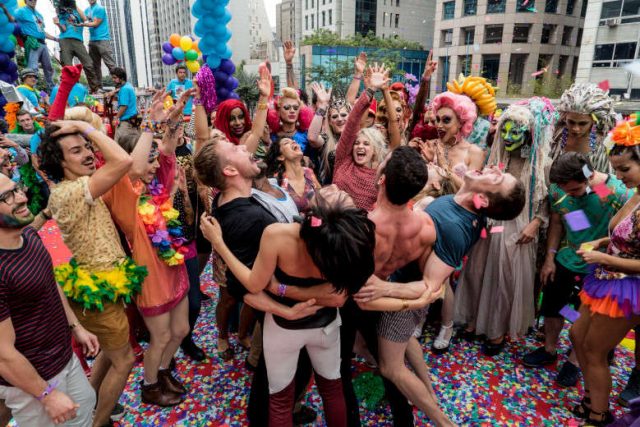 Weeks away from the official kickoff of Pride month, a survey has revealed the best 50 Prides in the world.

The ranking by HomeToGo includes 50 cities from 22 countries across the globe. And it shows that it’s not all about size, with lesser-known Pride festivals in mid-sized cities ranking among the most popular.

The world’s largest holiday rental search engine has released the of its annual Pride index.

Five factor were taken into account to establish the world’s wildest LGBTI celebrations. LGBTI-friendliness and nightlife, for instance, but also the year-on-year growth of Prides.

The top three cities are all outside the United States.

Alongside Madrid and Paris, Milan, Sitges and Barcelona made the top ten.

This year also saw the growth in popularity of European LGBTI celebrations. 26 Prides across the EU made the cut, compared to 17 in 2018.

Seven of the EU Prides are in the UK. Both Bristol and Birmingham are in the top three fastest-growing festivals worldwide, joined by Philadelphia. The growth is based on the increase in bookings during the parade weekend.

Asia has three cities in this year’s ranking, compared with one last year. Seoul, Manila and Taiwan all made the ranking, with Taiwan set to be especially popular after it became the first Asian country to legalize same-sex marriage.