Home Gay Life Would You Like A Separate “Gay Graduation?” 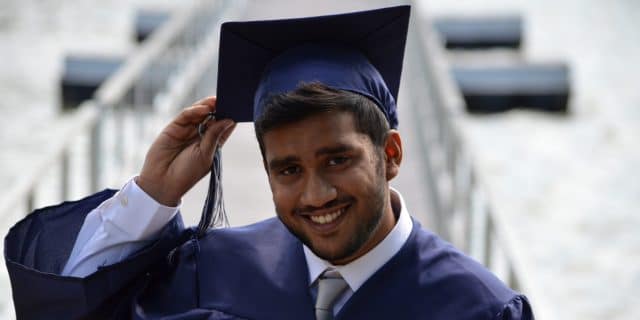 Photo by Muhammad Rizwan on Unsplash

Would you rather graduate with the rest of your class or only graduate with other LGBTQ peers (or possibly both)? Some universities are now giving LGBTQ students that option.

The Human Rights watch has created a list of 218 universities that offer separate graduation ceremonies for LGBTQ students, according to the Washington Examiner. This list includes all of the Ivy League schools, some HBCUs like Howard University and Virginia State University, and other names like the University of Southern California, Wake Forest University, Georgetown University, and more.

If students choose to participate in a graduation with just their LGBTQ peers, they will be opting for “Lavender Graduations,” which were designed “to honor lesbian, gay, bisexual, transgender, queer and ally students and to acknowledge their achievements and contributions to the University,” according to the Human Rights Campaign.

These events are also intended to “provide a sense of community for minority students who often experience tremendous culture shock at their impersonalized institutions.”

Several universities provide similar events for students of color, students of specific religions such as Judaism, and more. For instance, 75 colleges hosted graduation ceremonies exclusively for black students this year.

Photo by Baim Hanif on Unsplash

The first noted lavender graduation happened in 1995 at the University of Michigan. As the Human Rights Watch wrote:

The events then slowly grew over time with only 45 universities providing the option in 2001 and now today’s 218.

So, if you had the option of having a separate lavender ceremony for graduation, would you take it?