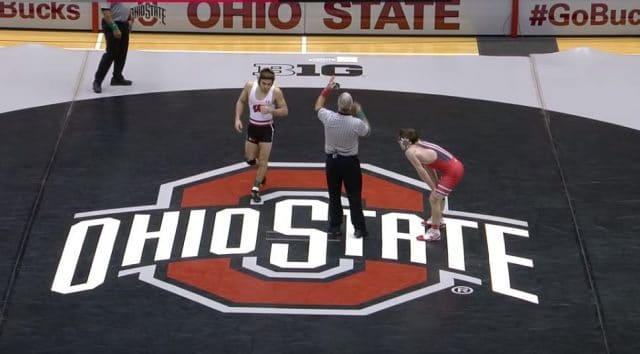 A new report following an extensive investigation at Ohio State has found that a team doctor molested 177 men between 1979 and 1997, and that university officials knew of the abuse as early as 1979 and did not stop it.

The report found that Dr. Richard Strauss was not reported until 1996, when Strauss finally stepped down. Strauss killed himself in 2005.

According to the report, the investigation “did not identify any contemporaneous documentary evidence that members of the OSU coaching staff, including head coaches or assistant coaches” knew of or received complaints over misconduct.

Several former Ohio State wrestlers had publicly said they believed Rep. Jim Jordan (R-Ohio), a top conservative voice in the House, knew or must have known about the abuse, allegations the congressman vehemently denied. Jordan worked as a former assistant coach on the Ohio State wrestling team between 1987 to 1995, but he was not mentioned in the report.

The investigation was conducted by law firm Perkins Coie, which interviewed hundreds of former students and OSU staff.

The report said Strauss abused young men who came to him with other health issues, examining their genitals if they came in with a cold.

“On behalf of the university, we offer our profound regret and sincere apologies to each person who endured Strauss’s abuse,” Ohio State President Michael Drake said in a statement.

“Our institution’s fundamental failure at the time to prevent this abuse was unacceptable — as were the inadequate efforts to thoroughly investigate complaints raised by students and staff members.”

Former wrestlers interviewed by investigators reported excessive and unnecessary treatments by Strauss that were abusive in nature. They also suggested officials at the university knew of his actions, and that a campus culture allowed it to continue.

While the report says the independent investigation did not conclude that assistant coaches had knowledge of the abuse, it did state that numerous student-athletes said “they talked about Strauss’ inappropriate genital exams and complained about Strauss’ locker room and shower room voyeurism, directly to or in front coaching staff.”

“We could not make conclusive determinations about each and every allegation made about a particular coach’s knowledge; a number of coaches denied (or did not recall) being aware of any complaints or even rumors about Strauss, and — as noted above — we did not locate documentary evidence indicating otherwise,” the report says.