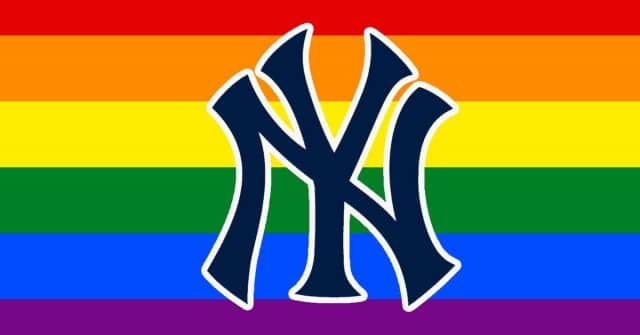 Okay, so the New York Yankees still won’t call it “Pride Night,” but given what else the team is doing, and having a name that’s so, so close, does it really matter?

The Bronx Bombers released details of the Celebration of New York’s Legacy of Pride game Friday, and it’s shaping up to the team’s biggest demonstration ever of its commitment to the LGBTQ community.

The Yanks are hosting the Blue Jays on this special night: Tuesday, June 25, the night before the community marks the 6th and 4th anniversary of two landmark Supreme Court rulings on same-sex marriage, and days before the 50th anniversary of the start of the Stonewall riots.

The infield will be adorned with specially jeweled LGBTQ/Stonewall-themed bases, which will be auctioned off for charity.

In addition, a Yankees spokesperson told Outsports something prominent and “big,” will be unveiled that night. It’s not “just” a special performance by a celebrity, he assured us. What could it be? A rainbow fair pole? Glitter baselines? Umpires in drag? We welcome your guesses, and will report back to you Tuesday night.

Five New York City Public School graduating seniors — Francheska Colon of the Bronx, Ashley Farrell of Staten Island, Hugh Goldstein of Queens, Alex Rosado of Manhattan, and an anonymous student from Brooklyn — will be honored on the field as the winners of five $10,000 scholarships. Each one represents one of the five boroughs of New York City, and each one has demonstrated academic achievement, a commitment to equality and impactful support for the LGBTQ community. The scholarships — which the team says will be awarded to new graduating seniors on an annual basis — will allow the scholars the resources to launch their educational and career goals.

The team spokesperson said the scholarships will be announced annually, as promised, but no decision has been made about making the “Legacy of Pride” night an annual event.

According to a news release issued by the team, the evening’s commemorations will also recognize the impact and contributions of the greater LGBTQ community, and call attention to both the 50th anniversary of the Stonewall Uprising and WorldPride 2019, which is taking place in New York next week and the weekend of June 28th.

The honor guard will consist of members of the N.Y.P.D. Gay Officers Action League (GOAL), which addresses the needs, issues, and concerns of gay and lesbian law enforcement personnel.

The national anthem will be sung by Adam Bastien and Jerome Bell of the musical duo OneUp, who were recently featured on the fall 2018 season of The Voice on NBC. The seventh-inning rendition of “God Bless America” will be sung by N.Y.P.D. Officer Makiah Brown.

Youth members and staff representatives from the Hetrick-Martin Institute will enjoy the game from the Judge’s Chambers. The Hetrick-Martin Institute is the nation’s oldest and largest organization helping gay, lesbian, bisexual, transgender, and queer/questioning youth, to reach their full potential. In 2014, Billy Bean, then-MLB Ambassador for Inclusion and current Vice President and Special Assistant to Commissioner Rob Manfred, was joined by Cashman and Afterman on an outreach visit to the institute’s Harvey Milk High School, which serves predominantly LGBTQ high school students.

And of course, thousands and thousands of LGBTQ fans and allies will be on hand as well.