Home Gay Life Yes, It IS Possible To Be Gay, Fat And Happy. Just Ask... 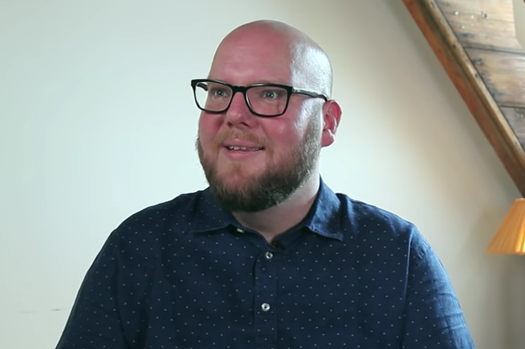 Is it possible to be gay, fat, and happy? According to Martijn, a magazine editor from Amsterdam, the answer is yes. But it took him a while to get there.

In a new video produced by Davey Wavey, Martijn talks about the fat shaming he’s been subjected to over the years by other gay men, and the impact it’s had on him.

“I just remember being on the gay dating websites and having lots of guys really confirm the idea that I already had; that I was undesirable,” he recalls. “One guy sent a message to me saying: ‘Look at your profile picture, then look at my profile picture again and then decide if you really think it was a good idea to send me a message.’”

Other people made a point to send him unsolicited messages telling him how “ugly” they thought he was.

“I could not equate being overweight with being happy,” he says. “Those two things just never went together in my head.”

That is, until he found a community where he was accepted: Bears! And their admirers.

“Gradually I started dating guys that I think probably would call themselves ‘chasers’ and who really, finally gave me the feeling that I was desirable, that I wasn’t insignificant, and that I had something to offer,” he says. “Maybe two or three years ago was the first time when I looked in the mirror and actually thought: ‘You actually look kind of hot today!’”

Martijn says that have bouts of insecurity when stepping into gay bars and seeing mostly “muscled, defined or slim” guys, but he no longer feels ashamed by his own looks.

Check out the inspiring video below: