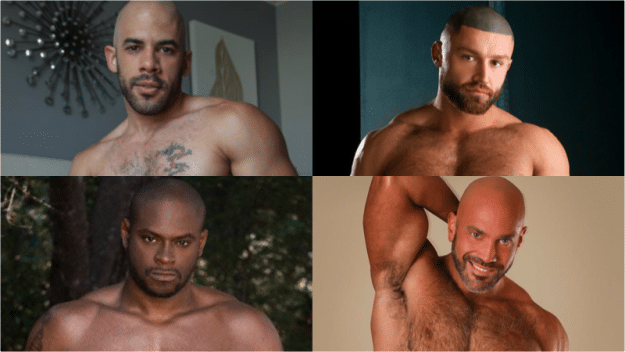 Excellent news for those of you who are follicly challenged, and keep your scalps bare:

Young men apparently find you sexier and more desirable than your hirsute brethren.

It wasn’t long ago that we had a societal aversion to gray hair.

And perhaps you can thank silver foxes like Anderson Cooper, who helped to inspire men of all sorts to embrace their silver strands.

But now it appears the new frontier is baldness.

And according to a new study conducted by the University of Pennsylvania, men, and particularly younger men, find a shaved head more desireable.

University students completed the study on, “Shorn Scalps and Perceptions of Male Dominance.”

The results found that bald men were considered sexiest, followed by men with thick hair, and lastly, men with thinning hair.

Men who appeared to electively shave their heads were found to be more appealing, still.

“Choosing to dispense with one’s hair is arguably a form of nonverbal behavior, a form of expression which communicates information about the self otherwise difficult to observe.”

Although bald men were perceived to be an average of four years older than men with hair, they were also viewed as nearly an inch taller, and 13% stronger.

Furthermore, bald men were perceived to be more successful, financially, and in business.

That all said, researchers concluded that instead of pursuing cures for hair loss, men should get a razor, and embrace their shorn scalps.

“Instead of spending billions each year trying to reverse or cure their hair loss, the counter-intuitive prescription of this research to men experiencing male pattern baldness is to shave their heads.”