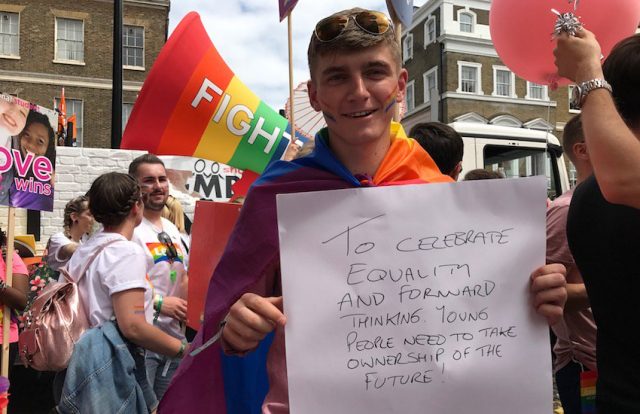 This year’s parade had the theme #LoveHappensHere which was even coupled with it’s own Twitter emoji.

Inspired by 2017 marking the 50th anniversary of the partial decriminalization of homosexuality in England organizers say they wanted to send a message out to those parts of the world where being gay remains a crime.

We asked some of the young people and students in the parade why it was important for them to march in Pride parades.

They had an international outlook when thinking about the march. It was the rights of global LGBTI people that captured their attention.

Rights across the world 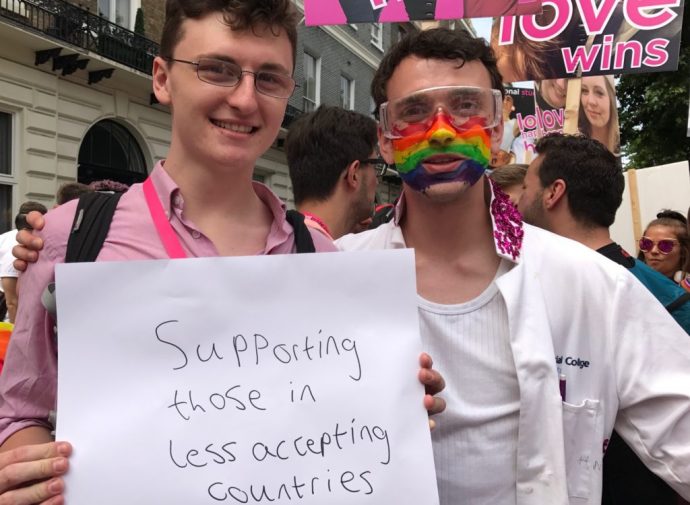 ‘We’re here to support people in other countries. I’m very worried about what is happening in Chechnya. At least some of the progress in the rest of Europe is promising.’ 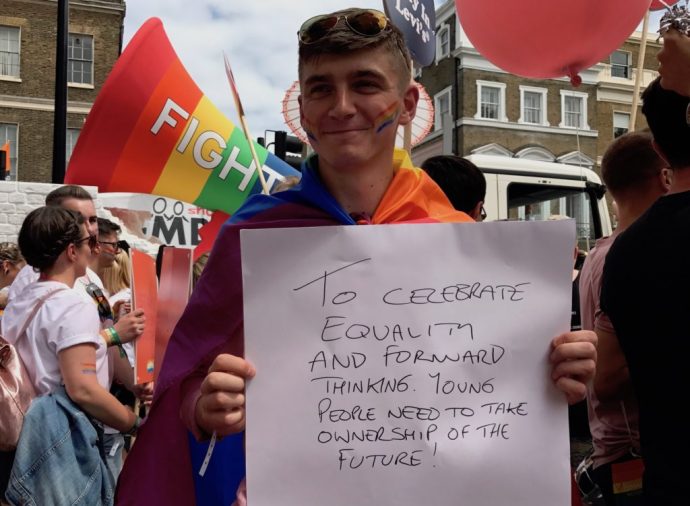 ‘Young people need to take ownership of the future.’

The young people had their eye on global politics 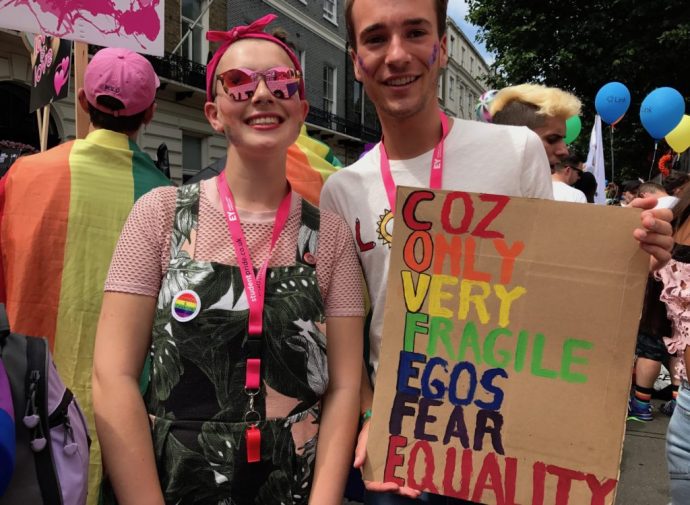 ‘This placard is about the racist, sexist and homophobic Donald Trump. If he could see my sign I’d want him to know I told him to Fuck Off.’ 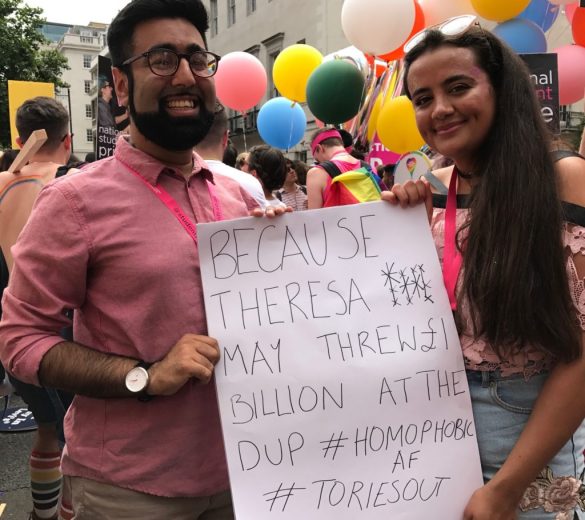 ‘If you look at their history, this dodgy deal with the DUP is just another example of the Conservative party endangering our rights as LGBTI people.’ 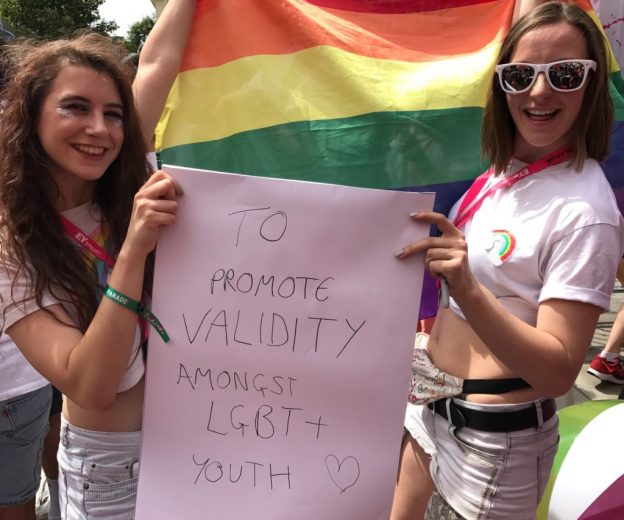 The YouTubers are looking forward to joining University in September. You can see their channel here. 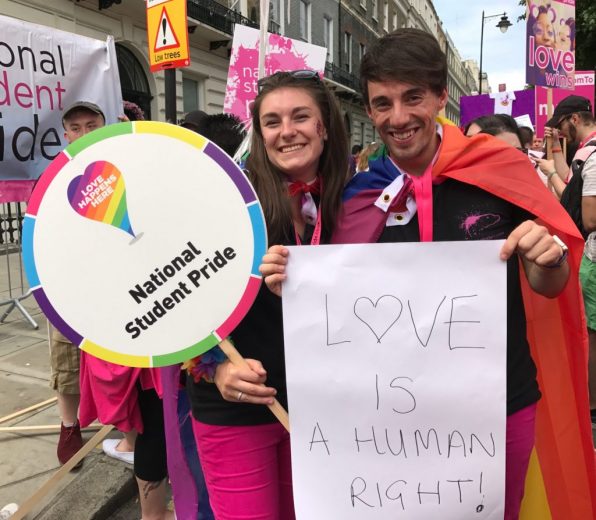 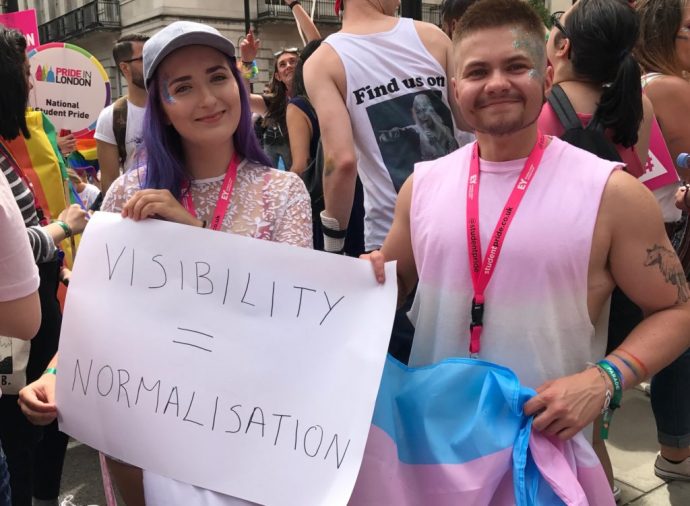 ‘Walking today is all about visibility, that’s why we are here’ 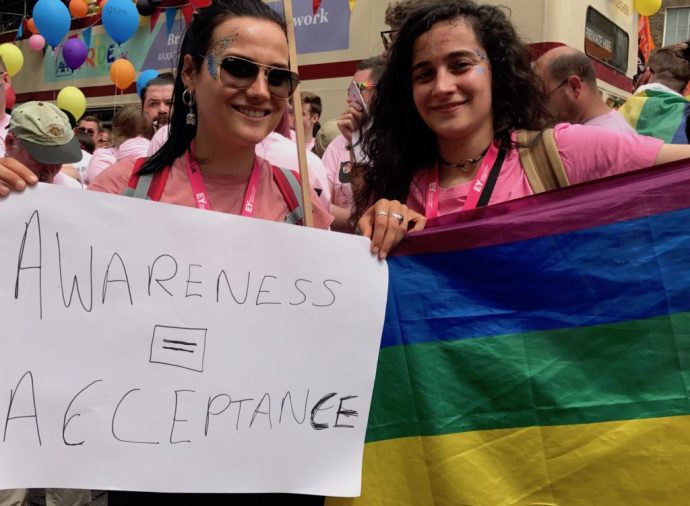 They walked for love 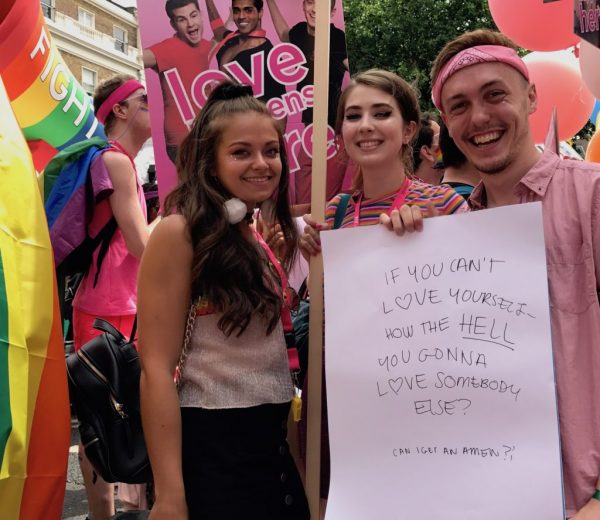 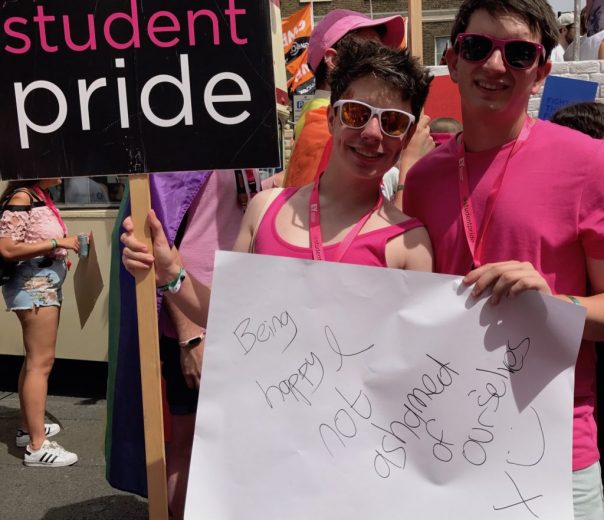 ‘The first time I was at Pride I saw a group of christians who were apologising for any harm religion had caused. I was so happy to see them I cried. I grew up in a catholic family, but since I came out my mother has been my biggest supporter. She usually wears black to everything, but for Pride, she wears a rainbow.

‘That’s why I’m here at Pride, to show the world I’m happy and not ashamed.’