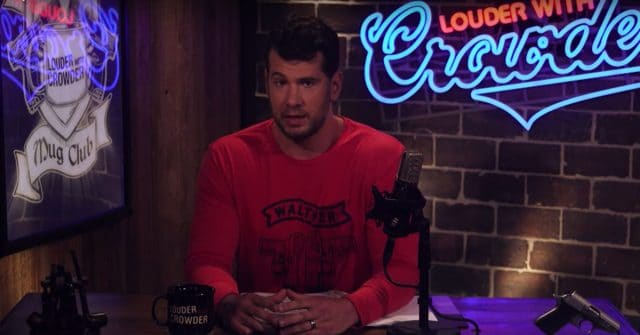 YouTube has suspended Steven Crowder’s ability to make money from his hate-filled videos, after earlier saying that he hadn’t violated its hate-speech policies by calling Vox journalist Carlos Maza a “queer.”

YouTube was criticised after failing to take action against Crowder, who in various videos has called Maza a a “lispy queer,” a “little queer” and a “gay Mexican.”

He often does as such while wearing a t-shirt with the slogan “socialism is for f*gs,” which he sells through a link in his video descriptions.

In a statement on Wednesday evening (June 5), YouTube said that it “has suspended this channel’s monetisation,” meaning that Crowder will temporarily stop receiving advertising income from his posts.

“We came to this decision because a pattern of egregious actions has harmed the broader community,” the Google-owned website said.

YouTube went on to clarify that it has specifically taken issue with Crowder’s t-shirt sales.

“In order to reinstate monetisation on this channel, he will need to remove the link to his t-shirts,” the site’s official Twitter channel explained.

“The problem is that YouTube allows monsters and bullies to become superstars, break YouTube’s rules, build an army of loyal, radicalised followers, and then make millions selling them merch that sustains their work.”

YouTube had initially said that the videos which had been flagged did not violate its anti-hate guidelines.

“Our teams spent the last few days conducting an in-depth review of the videos flagged to us, and while we found language that was clearly hurtful, the videos as posted don’t violate our policies,” said a statement released on Tuesday (June 4).

“As an open platform, it’s crucial for us to allow everyone–from creators to journalists to late-night TV hosts–to express their opinions w/in the scope of our policies. Opinions can be deeply offensive, but if they don’t violate our policies, they’ll remain on our site.”