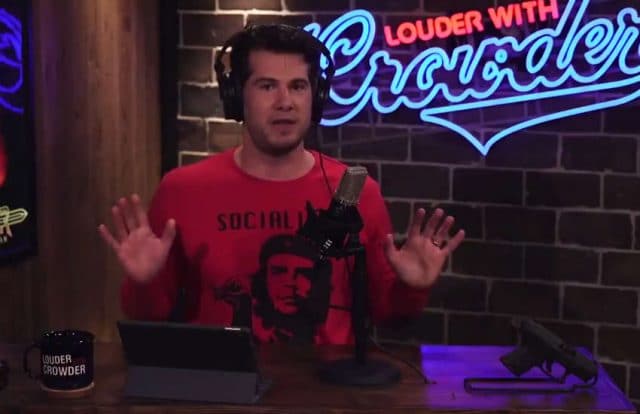 In an about-face, YouTube announced it would start removing channels promoting extreme views. This included reversing a decision about right-wing commentator Steven Crowder.

The video platform has recently received a slew of criticism for its handling of the Crowder situation.

It all began when YouTube announced an after journalist Carlos Maza claimed Crowder was targeting him with racist and homophobic harassment.

All of that changed on Wednesday (5 June) with a new policy change from the company.

The company said in a it would be banning video ‘alleging that a group is superior in order to justify discrimination, segregation or exclusion based on qualities like age, gender, race, caste, religion, sexual orientation or veteran status’.

‘This would include, for example, videos that promote or glorify Nazi ideology, which is inherently discriminatory,’ the post continued.

‘Finally, we will remove content denying that well-documented violent events, like the Holocaust or the shooting at Sandy Hook Elementary, took place.’

While they did not name any specific channels, numerous right-wing people reportedly began complaining their videos had been deleted, according to the .

Crowder was one of the casualties of this policy change.

‘We came to this decision because a pattern of egregious actions has harmed the broader community and is against our YouTube Partner Program policies,’ the company wrote.

YouTube is a subsidiary of Google, and employees of the parent company are reportedly pushing back against YouTube’s whisplashing decisions.

‘Not everyone will agree with the calls we make — some will say we haven’t done enough; others will say we’ve gone too far,’ YouTube said in an expanded on Crowder.

‘In the subsequent days, we saw the widespread harm to the YouTube community resulting from the ongoing pattern of egregious behavior, took a deeper look, and made the decision to suspend monetization,’ it said.

‘In order to be considered for reinstatement, all relevant issues with the channel need to be addressed, including any videos that violate our policies, as well as things like offensive merchandise.’

Despite the reversal, Google employees are starting to use the hashtag #NoPrideInYT on Twitter.