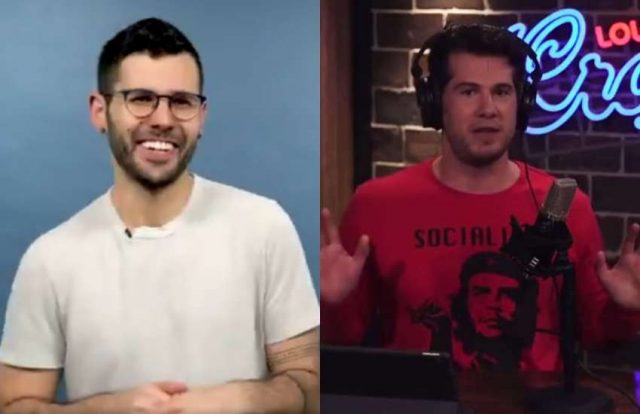 YouTube have insisted that a right-wing influencer who targeted a journalist for years with homophobia did not violate the website’s hate speech policies.

Carlos Maza, a videographer for US news site Vox, publicly complained about the persistent abuse from a right-wing YouTuber, Steven Crowder.

The Twitter thread went viral, prompting the Google-owned platform to review Maza’s claims. However, the company concluded that Crowder’s comments did not violate guidelines.

In a winding Twitter thread posted last week (31 May), Maza sketched out a situation that has spanned years involving homophobic and racist epithets thrown in videos.

This included when the host attacked Maza as a ‘gay Mexican,’ ‘lispy queer,’ and a ‘token Vox gay atheist sprite.’

‘Since I started working at Vox,’ Maza wrote, ‘Steven Crowder has been making video after video “debunking” Strikethrough.

‘Every single video has included repeated, overt attacks on my sexual orientation and ethnicity.

‘I’ve been called an anchor baby, a lispy queer, a Mexican, etc. These videos get millions of views on YouTube.

‘Every time one gets posted, I wake up to a wall of homophobic/racist abuse on Instagram and Twitter.’

Moreover, Mazos compiled an extensive report cataloguing Crowder’s actions, including a compilation video, and the times he had red flagged it to YouTube. Crowder, who has over three million subscribers, is also behind the t-shirts.

YouTube said: ‘Thanks again for taking the time to share all of this information with us. We take allegations of harassment very seriously–we know this is important and impacts a lot of people.

‘Our teams spent the last few days conducting an in-depth review of the videos flagged to us, and while we found language that was clearly hurtful, the videos as posted don’t violate our policies.’

However, YouTube’s harassment an cyberbullying policy explicitly bars ‘content that makes hurtful and negative comments/videos about another person.’

In addition, the twitter account added: ‘As an open platform, it’s crucial for us to allow everyone–from creators to journalists to late-night TV hosts–to express their opinions w/in the scope of our policies.

‘Opinions can be deeply offensive, but if they don’t violate our policies, they’ll remain on our site.’

They explained that, in the videos flagged by Maza, ‘Crowder has not instructed his viewers to harass Maza on YouTube or any other platform and the main point of these videos was not to harass or threaten, but rather to respond to the opinion.’

But while the company did not directly comment on Crowder or his followers’ activity, they did express that ‘certain behavior,’ such as ‘doxxing’ and ‘encouraging viewers to harass,’ is ‘never ok.’

Following the investigation, Mazos hit out at the site.

He said: ‘I don’t know what to say. YouTube has decided not to punish Crowder, after he spent two years harassing me for being gay and Latino.

‘To be crystal clear: YouTube has decided that targeted racist and homophobic harassment does not violate its policies against hate speech or harassment.

Moreover, Maza called out at the platform for sporting a rainbow-striped logo to celebrate Pride month.