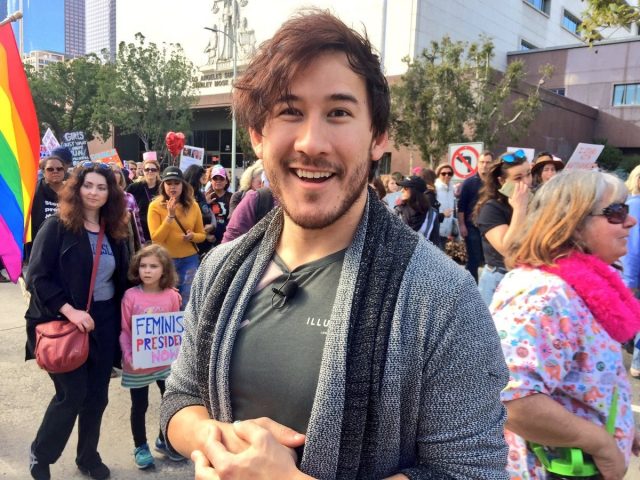 A California-based YouTube star has raised a staggering $130,000 (€122,000) for the Human Rights Campaign (HRC) after appealing to his followers to donate.

Announcing its launch at the start of the week, the 27-year-old said in a statement, ‘Today we stand by our LGBTQ+ friends to ensure equality for EVERYONE! Please help us raise $100,000 for the Human Rights Campaign to ensure the future stays bright and open for all!’

It’s not the first time he has turned to his following to help do good. He previously raised over $275,000 (€257,600) for Depression and Bipolar Support, among other charities.

It estimated his earnings to be around $5.5million. Fischbach, who was born in Hawaii and raised in Ohio, launched his YouTube channel just four years ago and has over 6.3billion YouTube views.

‘Now more than ever, we can use support like’

Human Rights Campaign is the largest LGBT advocacy group in the US.

‘Now more than ever, we can use support like this to hold anti-equality politicians accountable, wherever they might be, from Washington, DC to states around the country.’

Many of Markiplier’s LGBTI fans have thanked him for starting the Go Fund Me campaign.

‘As a lesbian I’m so happy you’re doing this and supporting LGBT rights after everything that’s happened in the past two days,’ said one, Darius Wilson. ‘This makes me so grateful to be apart of this amazing community. Thank you again I’m about to cry.’

Correction: An earlier headline for this story said that Markiplier raised the money in two days. He actually raised just over $128,000 in around 20 hours. We have amended the headline.