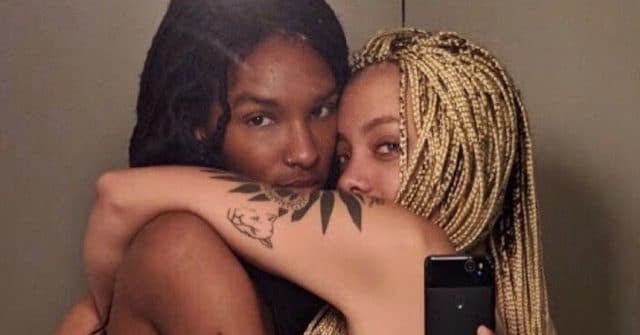 YouTuber Ari Fitz is sharing her lessons and experiences of being polyamorous, telling us it’s not all about sex.

Ari Fitz has been polyamorous for two years. Ari revealed that when she first started dating multiple people it was really hard because she didn’t know how to “juggle honouring herself, her partners… and not look like a f**k-boy.”

In the video, Ari Fitz shares that she is now committed to multiple people and “the sex is bomb but the sex is such a small part of what we do.”

Check out the interview with Ari Fitz below to find out more about dating non-monogamously:

Ari believes that “dating culture is so gross,” thinking back on her time as monogamous. It left Ari feeling as if she was “incapable of committing to people” and inspired her change to non-monogamy.

Sharing that she enjoys developing feelings for multiple people at the same time, Ari says monogamy is too restrictive.

Ari believes that one of the most beautiful things that she’s gained from being non-monogamous is the freedom it brings.

She describes her experience as exciting because “there are a lot of places in the world where as a black, queer masculine woman and saying that [she’s] non-monogamous would not fly.”

She tells PinkNews that she “date[s] the way I do because it makes me happy, it makes me feel good.”

Ari shares that polyamory involves having many committed relationships all at the same time, it is not (like many think) all about sex.

Ari confesses that initially she thought it was “all about sex” but dating multiple people changed this.

Revealing that non-monogamous dating can be difficult, Ari says this is nothing that communication with your partners won’t solve.

For Ari, relationships for humans are going to change because as human beings we are constantly evolving. She believes that if something ends, it is okay and we should focus on the good that came from it.