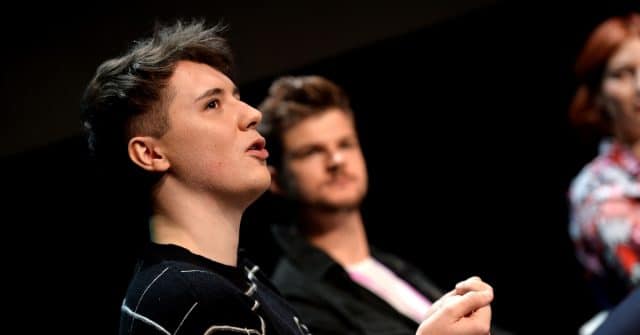 In a new video called “Basically I’m gay,” British YouTuber Daniel Howell comes out as gay to his 6.5 million followers, having told his family a month ago via email.

In the video, published June 13, Howell said, “We live in a heteronormative world…. what this means is that most people are presumed to be straight so, if you’re not, at some point you have to come out.”

In the 45 minute video, Howell goes on to unpack the reasons why he is coming out at the age of 27 and what his queerness means to him.

He also reveals that he thought about coming out to his family at Christmases and other gatherings, but always backed out.

In the video, Howell explains that he came out to his family via email.

“I literally just sent them an email saying: ‘Hello gang. I’ve been meaning to talk to you all for a while, something quite important that should be disclosed at some point’,” Howell said.

“I thought I would around Christmas, then Mum’s birthday, then last Easter Sunday etc but every time I meant to, I either felt like I would ruin the mood on the day or I just felt awkward and didn’t want to.”

“So I decided to just email you all instead which is really inappropriate and just weird, but that somehow seems appropriate for me and at least I’ll just finally say it. Basically I’m gay,” he said.

He received positive messages back.

“Blimey that must be a load off after all this time!!! Needless to say I love you with all my heart and always will,” said his mum.

And his grandma said, “We love you for being you. It must be a great relief to finally acknowledge who you are. Popsie and I just want you to be happy. People are born as they are and have no say in it.”

“I hope that now you will feel free to live your life as you want with no pretence.”

Howell has also received many positive messages on social media since publishing the video, which has been viewed almost three million times.