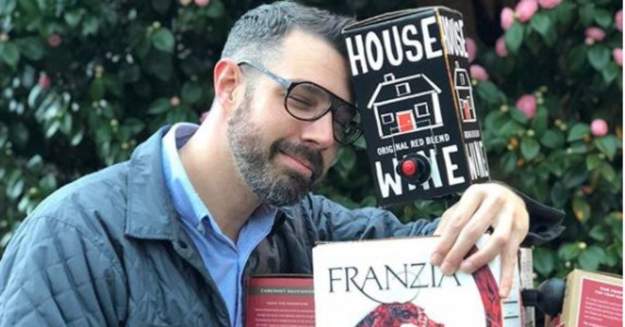 It’s tough being a single gay sometimes (hear ye, hear ye). One in particular decided to go out on a limb, or in this case a box, and make his own boyfriend using an item that many of us have come to love over the years.

Michael James Schneider, a writer and artist from Portland, Oregon, decided to make his own boyfriend using nothing both boxes of wine.

Using the hashtag #boxwineboyfriend, you see Michael in various stages of outfits (while looking very cute I might add), as he and his new love go shopping, make pasta while giggling, and cuddle up in bed with one another.

i do not have a boyfriend so i made one out of boxes of wine. (#boxwineboyfriend)

In two short days, the tweet has close to 100,000 likes and 21,000 retweets. Michael’s boyfriend looks so good, that people are actually considering leaving their husbands for him.

I have a husband I might be willing to trade for this.

I have a husband I might be willing to trade for this.

He also received several congratulatory posts about his new relationship, as well as other men who are already jealous and want him to himself.

Could this become a television series? We sure would watch! Keep these coming Michael, they are hilarious!