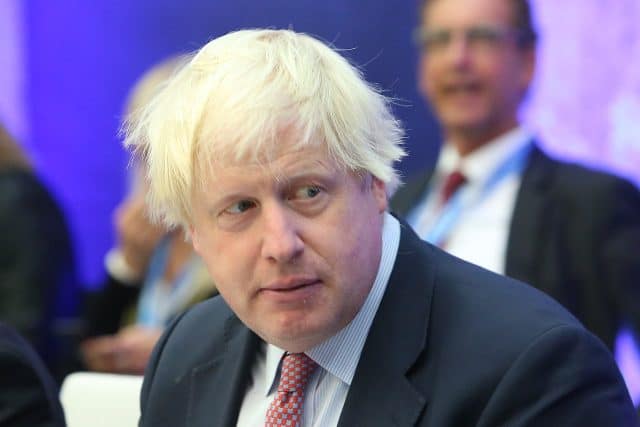 UK Prime Minister Theresa May surrendered to mounting pressure from her lawmakers today (24 May) and formally announced her resignation.

Hard-line Brexiteers all seem in line to succeed her, including former foreign secretary Boris Johnson. But with his non-existent voting record, Johnson would be the worst Conservative PM for LGBTI Britons.

Johnson, a leader of the pro-Brexit campaign before the country’s 2016 referendum on leaving the European Union, said on Thursday that he would run for the leadership when it became available.

Minutes after May’s statement, the PM hopeful tweeted: ‘It is now time to follow her urgings: to come together and deliver Brexit.’

Johnson’s political resumé stretches nearly two decades. Starting as a Member of Parliament for Henley, a constituency in Oxfordshire, in 2001 until 2008.

However, his record on LGBTI rights is appalling.

For the most part, he was absent during several seminal pro-LGBTI measures. From granting LGBTI citizens the right to civil partnerships to outlawing discrimination based on sexual orientation.

Although he did claim to back marriage equality, he was out of Parliament during the vote. He also voted to repeal Section 28 which banned the teaching of homosexuality in schools in 2003.

In 2018, he gave the British island territory .

Moreover, his journalism portfolio contains clippings full of homophobia. As a columnist, he once referred to gay men as ‘tank-topped bumboys’ in 1998.

Penning pieces in the Spectator in 2000, Johnson attacked ‘Labour’s appalling agenda, encouraging the teaching of homosexuality in schools.’

He also compared same-sex marriage to bestiality in his 2001 book, Friends, Voters, Countrymen.

Johnson has an objectionable attitude towards women. As a journalist for the Telegraph in 1996, Johnson went to the Labour party conference and wrote an article reviewing the quality of the ‘hot totty’ who were present.

‘The unanimous opinion is that what has been called the “Tottymeter” reading is higher than at any Labour Party conference in living memory,’ he wrote. 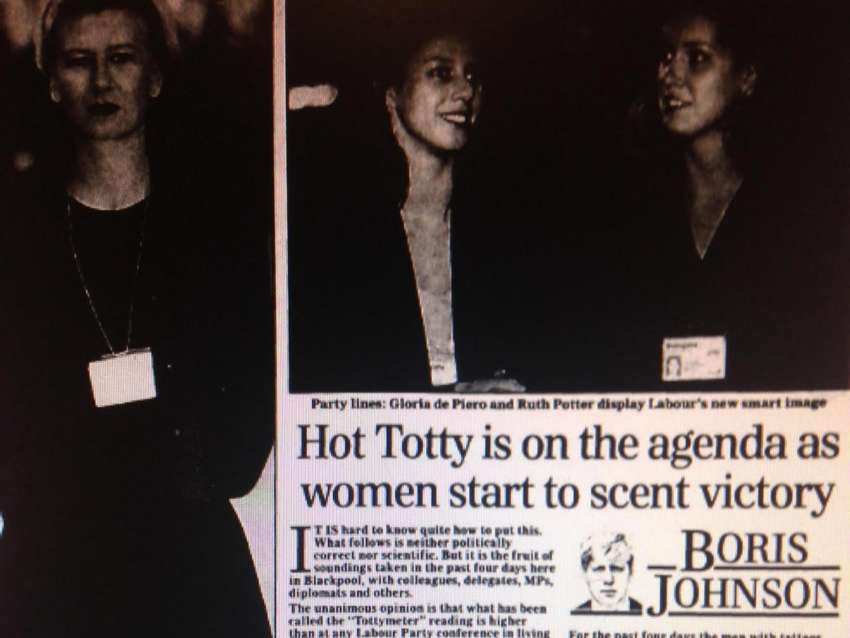 But it doesn’t end there. He once said that ’emotional’ women are often ‘blubbering blondes’ or ‘collapsing with emotion.’

While campaigning for Conservative MP in Henley (which he won) he wrote that ‘voting Tory will cause your wife to have bigger breasts.’ 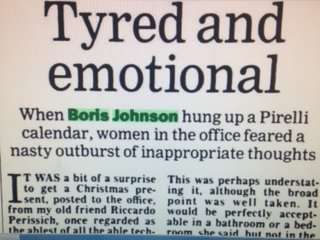 Also, in this farewell piece in the Spectator, he advised his successor to ‘pat’ the paper’s publisher ‘on the bottom and send her on her way.’

He even referred to in 2007 as having the stare of ‘a sadistic nurse in a mental hospital.’

His response was to call the president ‘part-Kenyan’ with an ‘ancestral dislike’ of Britain.

Back in 2002, as a Telegraph columnist, he suggested Queen Elizabeth must love touring the Commonwealth because she’s greeted by ‘cheering crowds of flag-waving piccaninnies.’

The word ‘picaninnies’ is a racist term used to describe black children.

When Danish lawmakers banned burqas and niqābs in public spaces, he wrote in his Telegraph column that it was ‘absolutely ridiculous that people should choose to go around looking like letter boxes.’

Finally, he spoke about Britain reinstating control over its former African colonies.

Writing: ‘The best fate for Africa would be if the old colonial powers, or their citizens, scrambled once again in her direction; on the understanding that this time they will not be asked to feel guilty.’

But the final call will go to the ballot of party members, about 120,000 people.