Home Gay Life Cara Delevingne and Ashley Benson moved in together – with a sex... 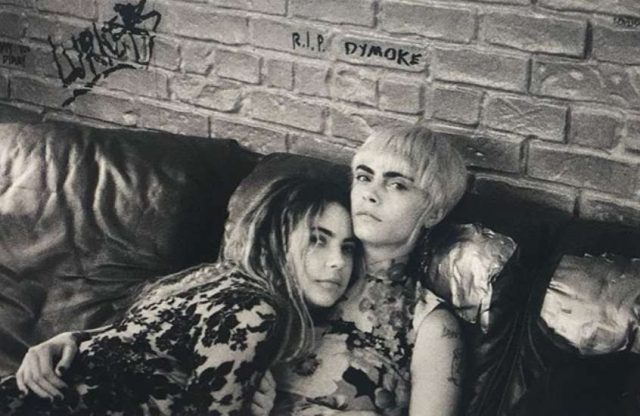 The couple, who began dating last fall, were photographed on Tuesday (28 May).

Rather than just them moving in together, it was what the pair were carrying into their home that caught people’s attention. They were, in fact, carrying in a $385 (€345.88) sex bench.

While the initial tweet of the photos performed well, it was journalist Nicole Boyce’s tweet that earned nearly 200,000 likes and over 42,000 retweets.

Boyce described the photos ‘the official marker of the beginning of pride month’.

The bench is the Master Series Obedience Extreme Sex Bench with Restraint Straps.

‘Act out dark fantasies or prepare for intense impact play scenes when you strap your lover into the Obedience Extreme Sex Bench,’ the manufacturer enthuses in the item .

They call it a ‘heavy duty piece of sex furniture’, allowing people to ‘play vigorously for hours’ and ‘go deeper than ever before’. Further, the headrest also promises not to muffle the sounds of the person’s ‘moans and squeals’.

Twitter loved the images and couldn’t stop sharing their thoughts and enthusiasm.

One user called the images ‘the best thing you will ever seen [sic]’.

Other users hoped they had a good night, and more simply couldn’t get over it.

For others, this momentous occasion was how they learned they were even a couple.

This is hardly the first time Delevingne and Benson have been deemed Couple Goals.

Benson celebrated her 29th birthday in December and Delevingne treated her to a night at the Natural History Museum — just for them. They spent the night there in a cozy bed and the museum staff decorated for them.