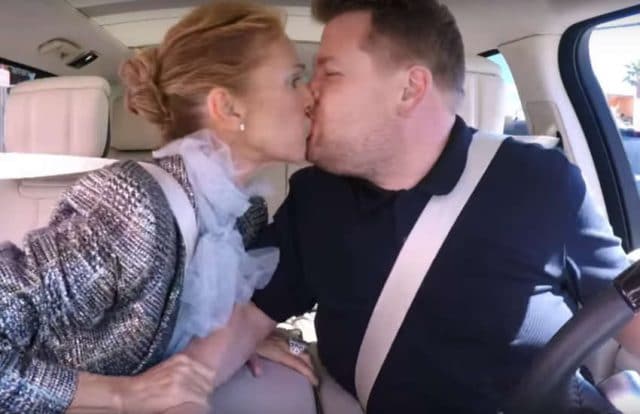 Celine Dion is the latest celebrity to appear in the passenger’s seat for James Corden’s Carpool Karaoke.

The 51-year-old Canadian singer hopped into the car for the hugely popular The Late Late Show with James Corden segment.

‘I just have a day off once a year,’ Dion says, as she enters the car. ‘And you’ve called me on that day!’

The pair drive off together and as Corden starts to make conversation with the eccentric singer, she breaks out into song for every answer.

Then comes the singing to some of Dion’s greatest hits. First up is It’s All Coming Back To Me Now and this is where they share a kiss.

During the line ‘If I kiss you like this’, Dion turns to Corden and demands: ‘Give me a kiss!’

Chaos ensues for the rest of the car ride, with Corden handing out pairs of Dion’s 10,000 shoes to random people on the street, as well as Dion singing a dramatic rendition of kids song Baby Shark.

But the pièce de résistance of the segment actually comes about when Corden and Dion get out of the car and get on a boat at the Bellagio Fountains.

As the boat ferries them across the water, Corden wraps his arms around Dion and they reenact the famous Titanic scene between Jack and Rose on the deck.

There was only one problem with this rumor: Munoz is gay.

The iconic singer set the record straight about their supposed romance as she announces her first world tour in over a decade. The back up dancer is, in fact, her friend. 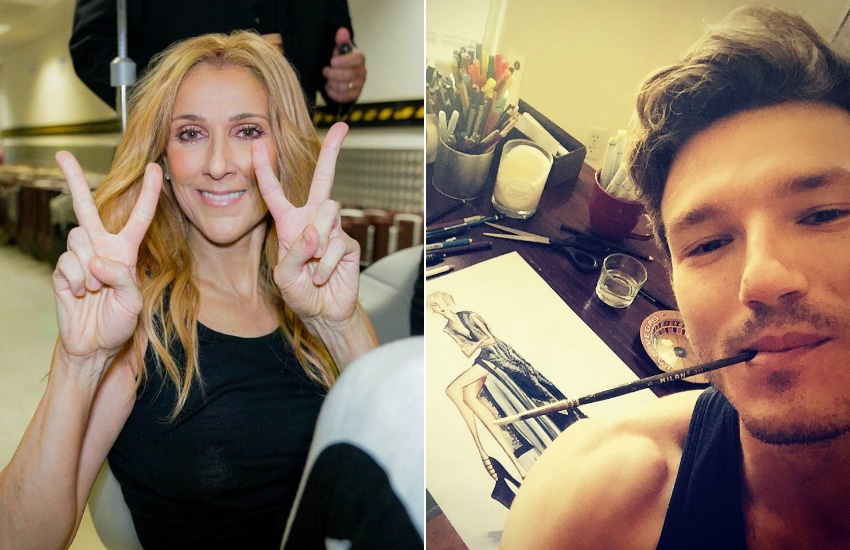 Talking to Extra, the My Heart Will Go On singer said: ‘At first, I felt for him quite a bit. Pepe is gay, and at first I think some people did not know that.

‘The thing is that he’s my best friend and we dance together and he did so much for me and even just holding my hand… it’s something that I haven’t had for a long time… A hug from a 6″ 3′ man, it was wonderful… and people really thought there was a romance going on.’

Dion’s husband, René Angélil, died in 2016 from cancer. The pair were married for 22 years.

The star announced a World Tour, but the dates released so far are only in North America.

She will be starting in Quebec City, Canada, on 18 September, before heading to two other Canadian cities. The rest of the tour will be in the US, ending in Las Vegas.

Her residency in Vegas is ending in June.

Can you guess who the highest paid woman in music is this year?