Home Gay Life Dolly Parton and Brandi Carlile’s duet of I Will Always Love You... 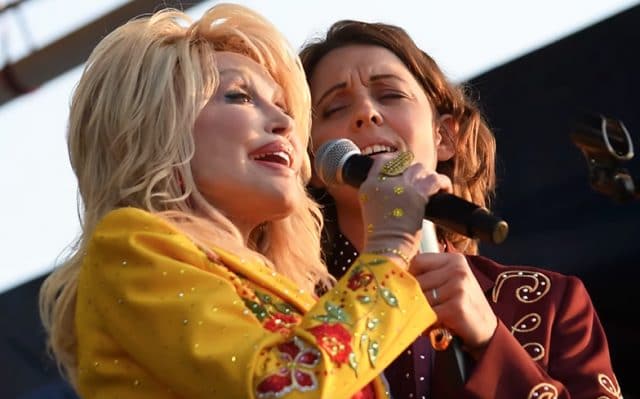 At this year’s Newport Folk Festival, country legend Dolly invited Brandi – who had curated a set of all-female performers including Linda Perry and Maggie Rogers – on stage to perform a duet of I Will Always Love You.

“It was just a little song that I felt from my heart,” Dolly said when introducing the iconic track, joking to her fellow country star, “Im talking my head off, you got anything to say?” to which Brandi replied, “Just that I love you.”

Country fans will know that while the show-stopping power ballad was made famous around the world by Whitney Houston for The Bodyguard soundtrack, it was originally written and performed by Dolly.

“This moment will be with my forever,” wrote out singer-songwriter Brandi on social media. “I’ve never come this close to losing it on stage. Dolly’s spirit has made an indelible mark on my life.”

Watch their performance below.

Brandi, who was the most nominated female artist at the Grammy Awards earlier this year, spoke to Variety about what it means to her to receive so much recognition and critical acclaim as an openly gay singer-songwriter in the country genre.

“I can’t get my head around it. I feel like I’ve always been on the fringes of mainstream acceptance,” she said.

“It means the most that I’ve received that honour at this point in my life. Being a 38-year-old mom with two kids that is gay, that lives on a farm, and is nominated alongside Janelle Monáe and Cardi B is kind of unbelievable.”