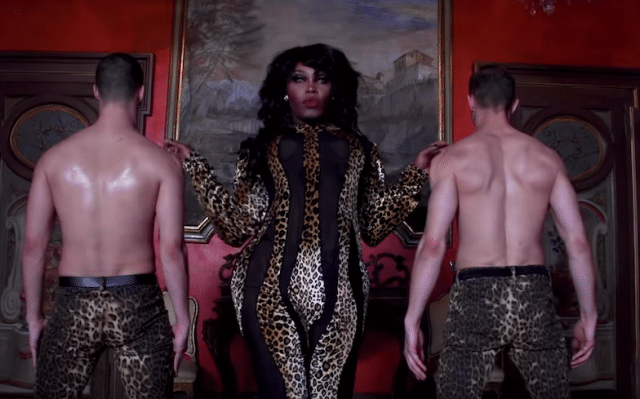 The sickening queen – who is best known for her memorable stint on the tenth season of RuPaul’s Drag Race – just dropped the video for her massive dance anthem, Crown Up, and it’s given us life. Life, we say!

Shot on location in Italy by Marco Ovando, the video for Crown Up sees Asia strutting round a mansion as she serves Beyoncé-esque choreography and hairography. It’s glam, it’s queer, and it’s everything we want and need in a music video in 2019.

“The song was inspired by the universal need for everyone to wake up, remember who we are, and what our purpose is,” Asia said of the track. “It’s time we all put on our crowns and rise to the occasion.

“I hope the song inspires fans to put on whatever crown their bloodline has given them and serve their life’s true purpose.”

Crown Up is Asia’s second single so far after her uptempo debut bop, Queen For Tonight. She will perform the track – which is now available on iTunes and streaming services – this Saturday at DragCon in Los Angeles.