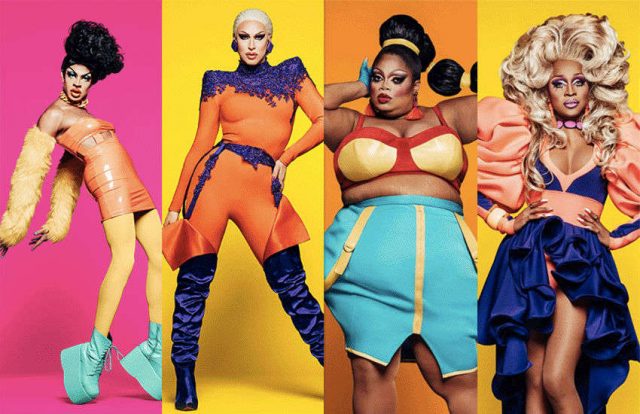 RuPaul’s Drag Race season 11 has come to a close and fans are ecstatic with this year’s winner.

It was a showdown between the top four, comprising of Silky Nutmeg Ganache, A’Keria C Davenport, Brooke Lynn Hytes and Yvie Oddly.

RuPaul spun the wheel, which landed on Silky to choose who she was going to face in the first lip sync battle. She chose Brooke Lynn and the heat was on.

Despite pulling out three looks on the stage, Silky failed to impress and Brooke Lynn sailed through to the final round.

It then became A’Keria and Yvie’s turn to show what they’re made of and they didn’t disappoint.

During Yvie’s performance, she lifted up her dress to reveal a hidden message: ‘Free Britney!’

As a result, RuPaul announced Yvie as the winner of the second round of lip syncs, meaning she’ll be facing off against Brooke Lynn (again, during the season) in the final lip sync.

During the final lip sync, Brooke Lynn moved around the stage with energy and flair. She also threw off a dress with the words ‘Reveal’ printed all over it to uncover an impressive shiny mirror-covered body suit.

But it was Yvie’s reveal that really got people talking online.

Yvie walked out on stage in a huge gown and headpiece, complete with mirrors on either side ‒ giving the illusion of Yvie having three faces.

But halfway through the performance, she slowly turned around to reveal another face on the back.

She then slowly bent down and impressively contorted her limbs to complete the illusion.

Drag Race fans couldn’t contain their excitement over the artistic reveal, taking to social media to express their enthusiasm.

‘I have no words,’ one fan wrote. ‘Yvie Oddly has shaken and gooped me to the core, brought tears to my eyes, and invigorated my excitement about the future of this art form on mainstream TV.

‘She is royalty with or without that crown,’ he added.

Then a whole host of people just began fangirling over their favorite contestant snatching the season 11 crown.

You can watch RuPaul’s Drag Race season 11 on VH1 or Netflix.