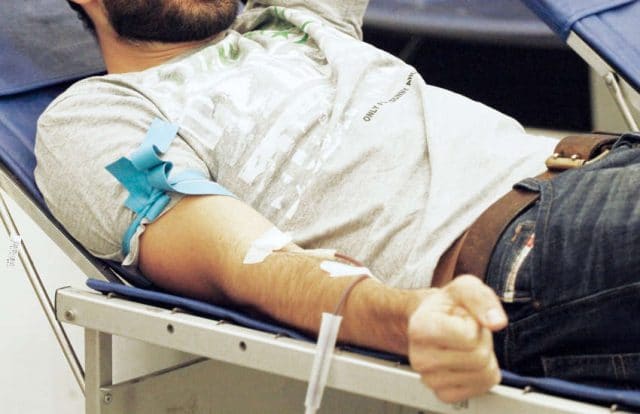 A gay man is asking one of Ireland’s top courts to overturn a 12 month ban on men who have sex with men donating blood.

The Irish Blood Transfusion Service (IBTS) has a policy that any gay man must abstain from sex if for 12 months if they want to donate blood.

But 27-year-old Tomás Heneghan believes this is unlawful and plans to fight his case in Ireland’s High Court. He believes the deferral period is in breach of EU law.

It all came about when he tried to make a blood donation in April last year. However, after filling out a questionnaire, medical professionals told him he was ineligible to donate his blood.

This is despite some weeks beforehand having a routine blood tests and conclusive results showing his blood posed no risks.

The application came before Justice Seamus Noonan this week, who granted Heneghan permission to bring the challenge. The judge then adjourned the matter to July.

Tomás Heneghan previously when the Irish Blood Transfusion Service refused to take his blood, even though he had never had sex at the time.

‘This would not happen if I was straight,’ he said at the time. ‘I am hurt and I am angry.’

In 2015, he began a legal challenge in the High Court against the permanent deferral imposed on men who have sex with men.

Several adjournments to the case meant a series of delays, but in June 2016, the IBTS recommended the lifetime ban be reduced to a 12-month ban.

In 2017, the new deferral period came into effect.

In 2017, Heneghan became the first openly gay man (to have had sex with another man) donate blood in Ireland since the new 12-month deferral period.

He now wants to see a three-month deferral period.

Gay Star News reached out to Tomás Heneghan for comment.