Home Gay Life Gay prisoner ‘raped and beaten’ after being forced to share cell with... 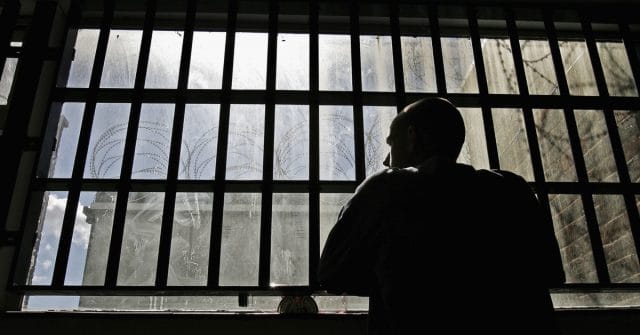 The US government has reached a $750,000 settlement with a gay prisoner, who was allegedly beaten and raped after being forced to share with a man who had threatened him.

Alec Arapahoe was awarded the settlement over the incidents at the USP Florence prison in Colorado, which took place while he was incarcerated in 2014 for transporting a stolen car.

According to The Washington Post, Arapahoe, who is gay and Native American, had reported receiving homophobic threats from his fellow inmates because of his sexuality.

In a federal court complaint, Arapahoe alleged that two months after he filed the complaint, the prisoner responsible for the threats was transferred into his cell.

The pair were then left unsupervised in the cell for more than two days, with Arapahoe alleging he suffered brutal beatings and multiple rapes during the period.

The ordeal only ended when officers finally transferred Arapahoe, who had injuries to his face and body, to another cell. He was later taken to receive medical treatment.

His cellmate, William Mexican, was sentenced to an additional 10 years in prison after admitting an assault charge over the incident.

Although prison medical records state that said that “inmate [Arapahoe] was raped,” Mexican was not convicted on a rape charge.

The federal government has now agreed to pay $750,000 under a settlement agreement, Arapahoe’s lawyer told the Washington Post.

28 guards and officers at the prison were found by the Federal Bureau of Prisons to have committed departmental offences, the newspaper reports.

Officers were found to be inattentive to duty, failing to make rounds of the facility at the time of the assault.

Others were found to have falsified documents that noted rounds had been completed when they had not.

It is unclear what disciplinary action was taken.

A spokesperson for the Bureau of Prisons told the newspaper: “BOP is committed to ensuring the safety and security of all inmates in our population, our staff, and the public.

“Allegations of misconduct are thoroughly investigated and appropriate action is taken if such allegations are proven true.”