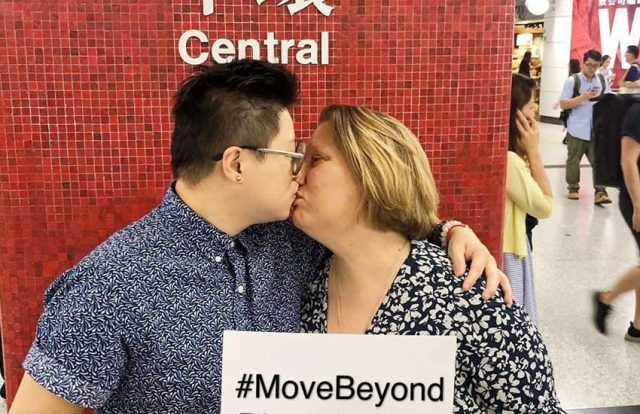 Hong Kongers took to social media this week after it emerged an advert featuring a same-sex couple had been banned from the city’s Mass Transit Railway (MTR) and airport.

But, the South China Morning Post revealed the advert had been banned by the MTR and the Airport Authority.

The MTR corporation on Monday (20 May) shifted blame to its advertising agency JCDecaux.

They city’s only openly-gay lawmaker Ray Chan hit back by saying MTR said ‘a statement reaffirming its commitment to diversity is not enough’.

He said, as a public corporation, MTR had a responsibility to make a public explanation and apology.

‘Until then, I urge activists, allies, and ordinary citizens alike to post their photos of holding hands within MTR premises on social media to raise awareness to the issue.’

He threatened to hold a mass hand-holding protest.

In July last year, however, Hong Kong’s LGBTI had a reason to celebrate. The Court of Final Appeal ruled the immigration department must recognize overseas same-sex marriages when issuing spousal visas.