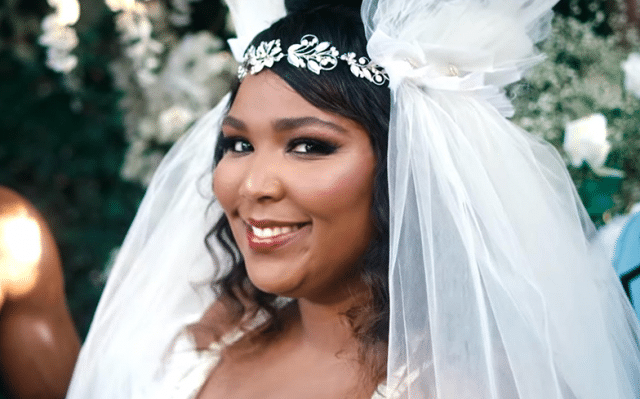 The American singer-songwriter and rapper stopped by the office of NPR’s Tiny Desk Concert – which she renamed “Tiny Ass Desk Concert” – to perform stripped-back versions of some of her biggest hits.

When we spoke to Lizzo for our August issue last year, she opened up about her relationship with her queer fans.

“It means so much because the LGBTQ community has embraced me as one of their own,” she said. “I felt like an ‘other’ for a very long time. I used to get teased for being gay because I was very curious and I would look at the girls’ makeup around me.

“I remember being like, ‘I don’t care what people think about me’. I was a bookworm, I liked anime, I dressed weird, I was in a band. Nobody liked me, and I just remember feeling so unwanted and unchosen.”

She added: “Lately I’ve been all about erasing those boxes, just kicking them all out. Like, even with heterosexual monogamy, look at those two boxes that the whole of humankind has been forced to fit inside by mainstream media.

“Getting rid of those two boxes would be incredible. I think the more that we understand each other, the easier it is to stick together, and I think a lot of the misunderstandings make it hard.”

In the clip, the star embraces her inner cowgirl and transforms a dead parking lot into a partay, with the help of several dancers and Missy, who jumps out of the hood of a car to get the “thick girls down on the flrrr”.

The song is the latest single taken from Lizzo’s critically-acclaimed third studio album, Cuz I Love You, which features massive bops such as the title track, Juice, Boys, Like a Girl, Water Me and of course, Truth Hurts.

Truth Hurts became a viral sleeper hit, reaching number five on the Billboard Hot 100 two years after release. It gained popularity after it was included in a scene from the Netflix romantic comedy-drama, Someone Great.

Later this year, Lizzo will make her film debut in Hustlers, which will also star Constance Wu, Jennifer Lopez, Cardi B, Keke Palmer, Julia Stiles, Lili Reinhart, Trace Lysette, Mercedes J. Ruehl and Usher. It is scheduled to be released on 13 September.