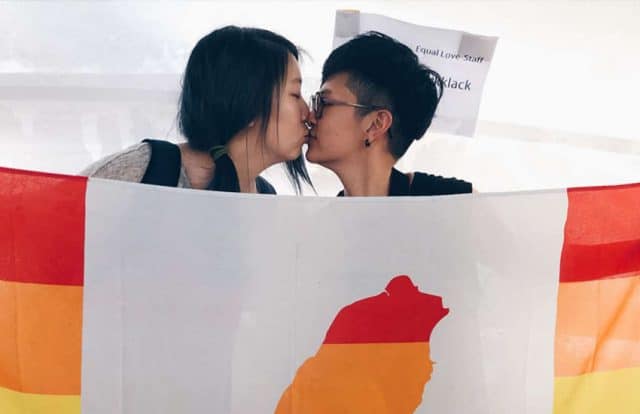 Taiwan’s LGBTI community and supporters on Friday (17 May) celebrated becoming the first country in Asia to legalize same-sex marriage.

Clouds cleared on the rainy day, making for a beautiful rainbow in the sky. 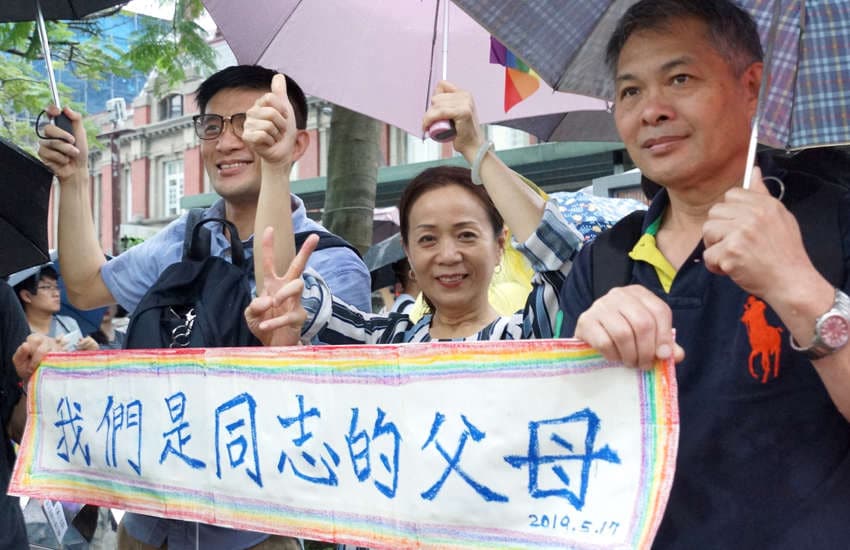 ‘We took a big step towards true equality, and made Taiwan a better country’ she said.

Aki YJ Chen shared a photo of her and her girlfriend kissing behind a Taiwan LGBTI flag.

‘I am so proud of Taiwan’ she told Gay Star News. ‘And, I am ready to get married!’.

Pro-LGBTI legislator Yu Mei-nu told Gay Star News ‘although the road is long and suffered several setbacks, we are not alone.’

‘Unfortunately, we can’t fully protect the rights of all LGBT families and transnational same-sex couples this time’ she admitted.

‘Let’s hold a warm and positive mind and face together with love and tolerance’ she urged.

Marc, who plans to marry his boyfriend of 12 years in June, said ‘we are very touched by the coming of this day’.

‘We are all trying to protect our rights and interests.’

‘The sky is no longer raining. The beautiful rainbow now stretches across the sky’ he said.