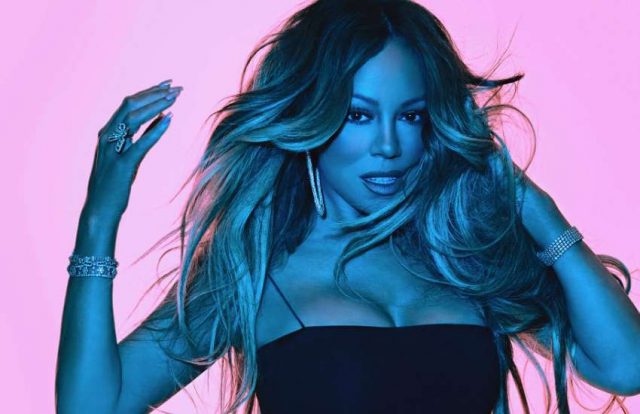 It’s been a tough few years for Mariah Carey, but time and time again she’s proven that she can’t ever be counted out.

Lesser stars would have faded into the background following that New Year’s Eve performance and a rather regrettable American Idol stint. But Mariah emerged last year with a newfound lease of life. And with it she unleashed one of the best albums of her entire career.

Over the years the makeup of our pop stars has done a complete 180. Nowadays artists have to bend over backwards to be seen as relatable.

It’s brought with it a host of pop stars who lack the star power that makes people like Mariah, Madonna and Britney so untouchable.

You can’t relate to Mariah, but you want to be her. It’s that god-like quality which separates her from the onslaught of mediocre modern day pop stars that lack the ability to light up a room.

Returning to the Royal Albert Hall for the first time in over a decade couldn’t feel more like the right venue for Mariah’s Caution tour pitstop in London. It’s a timeless venue, dripping in class and fit for a queen. After all, can you picture Miss Mariah ever stepping foot inside an academy? Shudder.

Opening with new banger A No No, Mariah stepped out dripping in sequins from head to toe beneath a giant red ‘M’.

Despite being accompanied by a five piece band and four male backup dancers, the relatively minimal staging broke tradition from the regular everything and the kitchen sink pop show. In doing so it kept the focus well and truly on Mariah and her voice.

While her singing ability has never been questioned, over the years fans had grown disappointed by how she appeared to be resting on her laurels. But with a new critically acclaimed album and her personal life back on track, you’d have been forgiven for thinking it was 1997 all over again the moment Mimi opened her mouth.

With such a lengthy career behind her the crowd were blessed with plenty of throwbacks. None more so justified than a mini tribute to her much-maligned movie Glitter following last year’s social media campaign to bring it back into the charts.

From the vocal highs of Fantasy and My All to the gorgeous mellow lows of Caution album track 8th Grade, Mariah kept the crowd enthralled. And this, despite barely moving from her spot on the stage.

Her knowingly playful personality made a few appearances throughout the hour and a half long set. None more so than when she tried her best to attempt a British accent. Britney she was not, but iconic nonetheless.

In the most Mariah moment of all time, when she went for a water break to quench her thirst, even her water bottle was covered in diamonds.

Whether it was Emotions or Fantasy, the whistle notes had the audience screaming at the top of their lungs. She’s back, and she made damn well sure the entire venue knew.

At the end of the day, who cares if she’s not selling out the O2. An artist like Mariah deserves to be heard in an intimate venue. Someone like Mariah Carey doesn’t need spectacle because she is the spectacle.

Here’s to another two decades.