Home Gay Life New poll finds more than half of South Koreans are against same-sex... 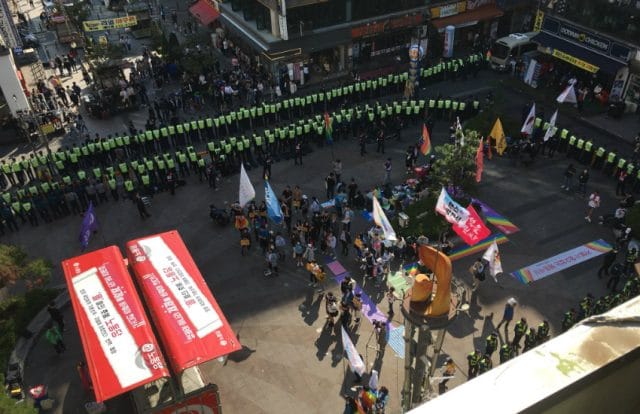 More than half (56%) of South Koreans are against same-sex marriage a Gallup Korea poll ahead of the capital’s annual pride festival has revealed.

The survey found 35% of the population backed same-sex marriage.

The Gallup poll, which surveyed 1,002 men and women by phone during March, also found 37% of those surveyed did not consider homosexuality ‘a form of love’. But, 53% did.

The good news was that younger respondents (in their 20s) were much more likely to be supportive of same-sex marriage (62% for versus 29% against).

Anti-LGBTI groups had argued the festival would be harmful to children and infringed on their rights.

But, the court said people were free not to attend the rally so their rights were not infringed.

Businesses and embassies came out in support of the event on Friday.