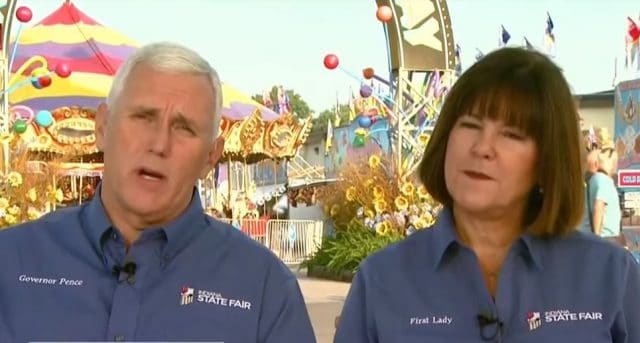 Vice President Mike Pence warned the 2019 graduating class at Liberty University in his commencement address that they would face persecution for their faith, saying they “might be shunned or ridiculed for defending the teachings of the Bible.”

“Throughout most of American history, it’s been pretty easy to call yourself Christian,” Pence told students on Saturday. “It didn’t even occur to people that you might be shunned or ridiculed for defending the teachings of the Bible.”

“But things are different now,” he continued, adding that “some of the loudest voices for tolerance today have little tolerance for traditional Christian beliefs. Be ready.”

Pence discussed the criticism his wife, Karen, received last year after she returned to work as an art teacher at a private elementary school that bans LGBT students and teachers.

“When my wife, Karen, returned to teach art at an elementary Christian school earlier this year, we faced harsh attacks by the media and the secular left,” he said during the address.

“These attacks on Christian education are un-American,” Pence continued.

The vice president also touted the actions being taken by the Trump administration in recent months to “protect religious liberty.”

“I promise you, we will always stand up for the right of Americans to live, to learn, and to worship God according to the dictates of their conscience,” he said.