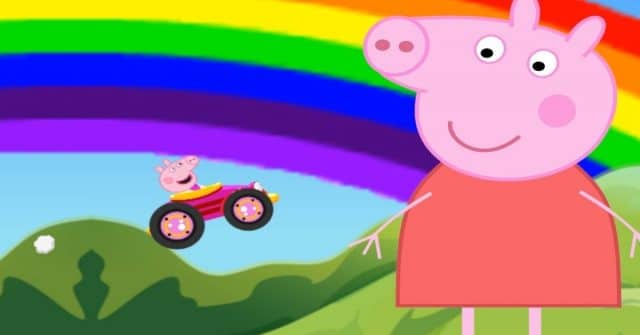 Peppa Pig fans have started a petition calling on writers to introduce an LGBT+ family to the children’s TV show.

The series, which follows a cartoon pig, her family and friends, is hugely popular with children around the world. It celebrates its 15th anniversary on Friday (May 31) and has aired more than 250 episodes to date—none of which have included an LGBT+ character.

Now, more than 17,000 havesigned a petition demanding the arrival of a same-sex parent family.

“Children watchingPeppa Pig are at an impressionable age, and excluding same-sex families will teach them that only families with either a single parent or two parents of different sexes are normal,” the petition’s creators Beth G and Lacey K wrote.

“This means that children of same-sex parents may feel alienated by Peppa Pig, and that other children may be more likely to bully them, simply through ignorance.”

ThePeppa Pig petition isn’t the first attempt to introduce some LGBT+ representation to the show.

In 2015, then Liberal Democrat leadership hopeful Norman Lamb called on broadcasters to “realise that sexuality is not, fundamentally, about who you want to have sex with – but who you are, and who you love.”

Wen asked by PinkNews if that meant he would like to see LGBT+ characters in shows such asPeppa Pig, he replied: “If you impose arbitrary limits, you’re saying that actually at heart, it’s not equatable. It should absolutely not be out of bounds, which it appears to be at the moment.”

His comments were widely reported across the media, but failed to make an impact on the show’s writers.

Where Peppa Pig lacks in LGBT+ representation, a handful of other shows are making up for it.

Arthur recently opened its 22nd season with an episode about a gay wedding.

‘Mr Ratburn and the Special Someone’ saw a main character marrying his same-sex partner, and won praise from fans and LGBT+ groups.

Alabama Public Television refused to air the episode because of its LGBT+ content, calling it a “violation of trust.”

In June, streaming service Hulu will debutThe Bravest Knight, which follows a pair of gay dads and their daughter.

Based on the Daniel Errico book of the same name, the show tells the tale of Sir Cedric (voiced by former Grey’s Anatomy actor T.R. Knight), his husband Prince Andrew (Star Trek: Discovery‘s Wilson Cruz) and their adopted 10-year-old daughter Nia, played by A Wrinkle in Time breakout Storm Reid.