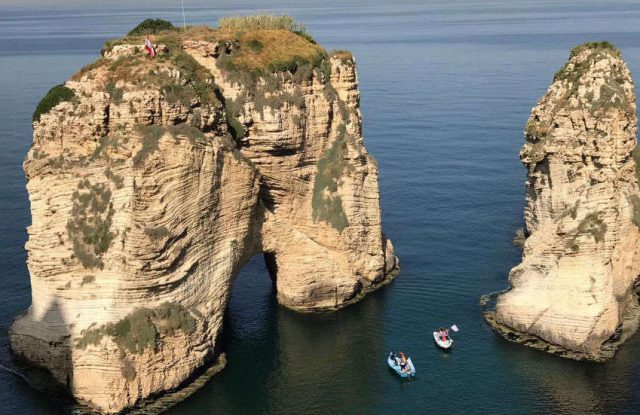 A Pride parade in Beirut, Lebanon, has never happened.

Police, for the past two years, has banned the event for fear of offending ‘public morality’.

But for International Day Against Homophobia, Biphobia and Transphobia today (17 May), activists were prepared.

Around a dozen embassies have agreed to fly the Pride flag today to mark IDAHOBIT 2019. 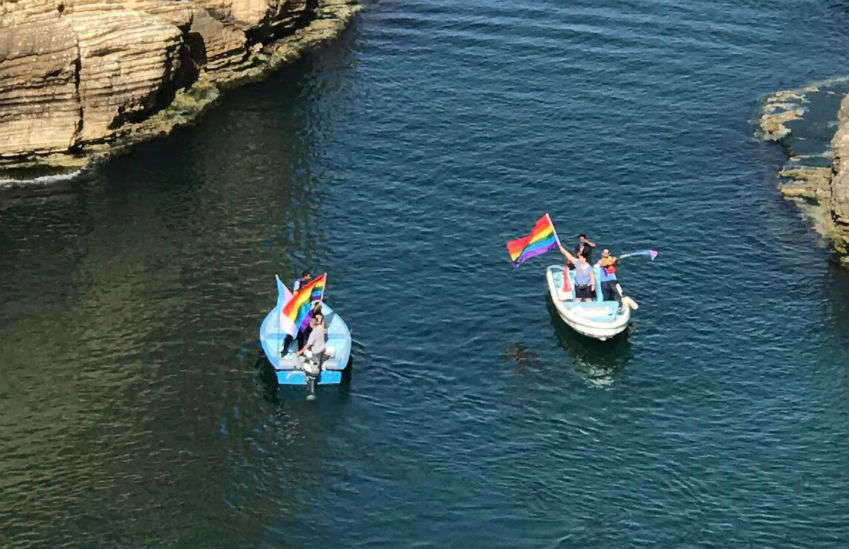 A group of unnamed activists hired two boats to sail out to Raouche Rock, an iconic sight of Lebanon. Around the natural monument, the group held and waved a Pride and trans flag as journalists took pictures.

All of this together marks a historic day for Beirut, Lebanon. 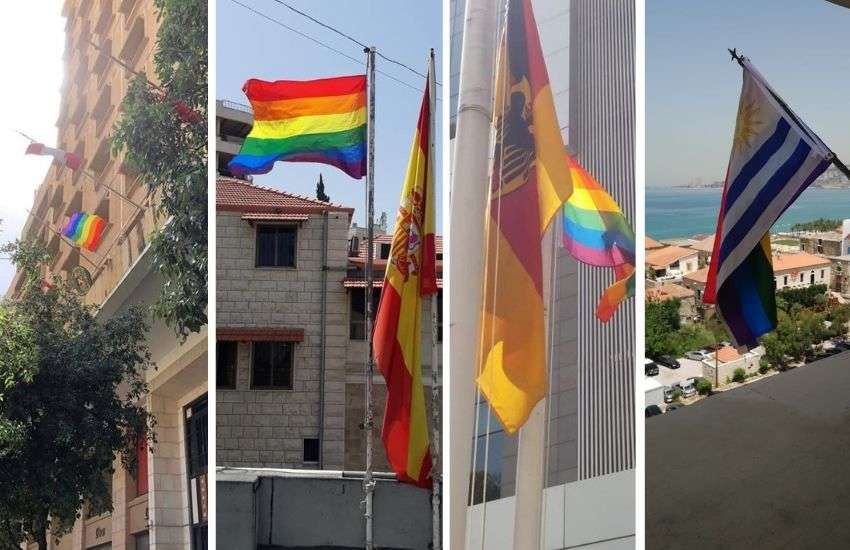 ‘The city will be flying rainbows today,’ Elie Ballan, the head of health at the Arab Foundation for Freedoms and Equality, told Gay Star News.

‘This is our Pride. We’re still criminalized. But IDAHOBIT is the closest thing we can do to make statements.’

Previously, a Pride was planned for 2017. Activists were forced to hold a private event due to fear of violence from police.

In 2018, Hadi Damien, was arrested and forced to cancel the event. Despite that, other LGBTI rights groups went on and organized several private events.

One of the activists who wished to remain nameless spoke to GSN about flying the flag by Raouche Rock.

‘Since our country promotes freedom of expression and assembly, we did just that,’ they said.

‘We celebrated freedom of expression by raising LGBTI and trans flags around the rock. We’re hoping to share light on the violations LGBTI people face in our country.

‘It’s saying we are here even despite the transgressions on our community.’ 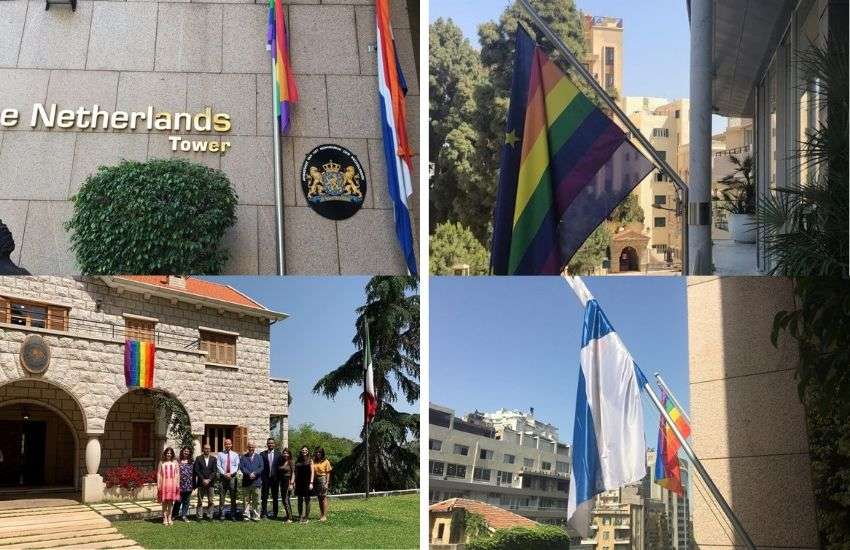 Activists in Lebanon right now are on alert mode. Many expect repercussions from police or mob violence especially as today is still in the month of Ramadan. However, they’re hoping as so many embassies and companies are joining in on raising visibility, they will be protected by the numbers.

There was also a graffiti movement planned by unnamed activists. Along city walls, a statement has been printed several times.

It reads: ‘The closet can’t contain us anymore.’

The UK embassy in Beirut, together with Australia and Denmark, raised the rainbow flag earlier today.

‘#IDAHOBIT Because all human beings are born free and equal in dignity,’ they said.

‘We raised the rainbow flag in solidarity with LGBT colleagues and communities around the world.

‘All human beings are born free and equal in dignity and rights. It does not matter who you are or whom you love: justice and protection should apply to all. But around the world, lesbian, gay, bisexual, transgender and intersex (LGBTI) persons face discrimination and violence.

‘Today, on the International Day Against Homophobia, Biphobia and Transphobia we raise the rainbow flag at our embassies to support the full enjoyment of human rights for all.’ 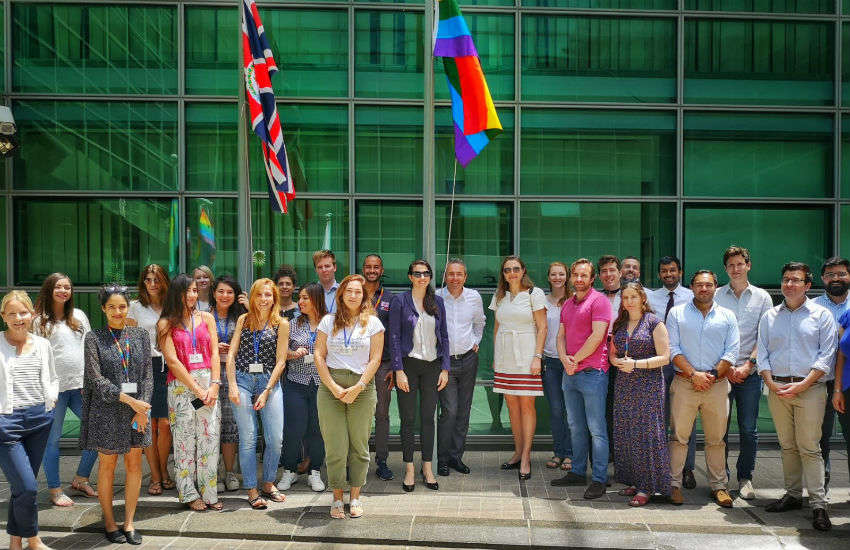 Ballan hopes that, if you were to walk around Beirut today, it would feel like Pride. For now it is a preview for something activists are planning for 28 September to 6 October this year.

‘It almost feels like a celebration,’ Ballan told GSN.

‘It’s not a celebration of pride, but of resilience.