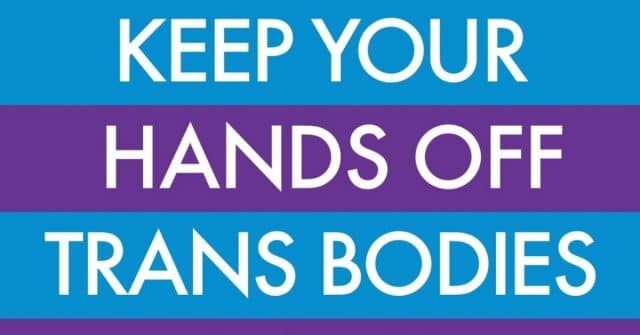 Protesters gathered in New York on Friday 24 May to demand an end to the killings of black transgender women and urge the Trump administration to abandon its proposals to reverse transgender rights.

Heard chanting “black lives matter” and “we will not be erased,” the activists addressed the increasing number of violent acts carried out against black transgender women throughout the United States. Since the beginning of 2019 alone, five have been killed; three of which suffered fatal gunshot wounds within eight days of one another in Cleveland, Dallas and Philadelphia. Their names were Claire Legato, 21, Muhlaysia Booken, 23, and Michelle Washington, 40, respectively.

According a report by the Human Rights Campaign, 26 transgender women were killed in 2018. Tragically though, it is believed that the amount of deaths could be even higher but because police often identify victims by their gender assigned at birth rather than the person’s gender identity, the records can be inaccurate.

It is also suspected that many incidents go unreported.

<p lang=«en» dir=«ltr» xml:lang=«en»>Keep Your Hands Off Trans Bodies Rally | Fri, May 24, 2019 | Wash Sq Pk | 1800 hrs | “We ask not just for justice for these three women, but also call on the institutions that are designed to protect everyone, & ask them to uphold the laws & protections for the Trans community.” pic.twitter.com/q32omHrZrD