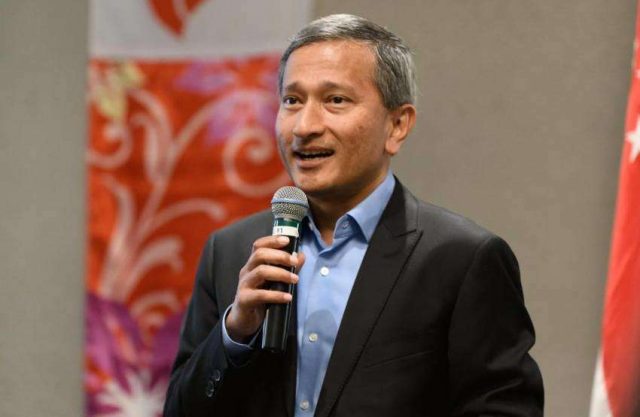 Focus on the Family Singapore, which has promoted controversial conversion therapy and campaigns against abortion, raised US$300,000 at the dinner on Thursday, according to the Straits Times.

‘The real reason why the Government supports families is that it is the tone of society’ Balakrishnan told attendees of the black-tie event.’

Gay sex is illegal in Singapore under article 377A of the colonial-era penal code.

Surveys have found the majority of Singaporeans support the legislation even though it is not regularly implemented.

In April, Balakrishnan was accused of labeling decriminalization

On its website, Focus on the Family Singapore claims it seeks to strengthen the role of male and female in marriage and ‘traditional family’.

In November 2015, the group supported a petition to prevent singer Adam Lambert from performing in the city-state.