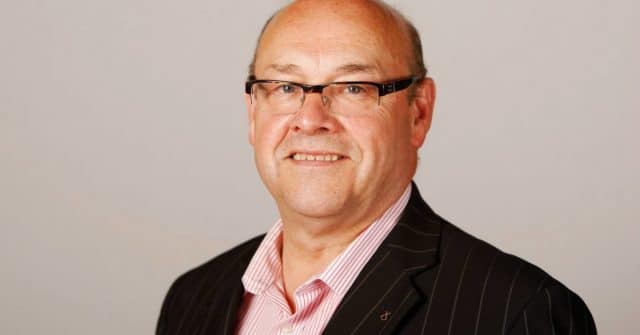 James Dornan, the Scottish National Party (SNP) MSP, has apologised for what he describes as a misunderstanding of a tweet.

Dornan, who has served as MP for the Glasgow Cathcart constituency since 2011, faced criticism from social media users after he described gay Tory Ross Thomson as MP Boris Johnson’s ‘fag’ in a tweet.

The tweet, posted on Saturday (May 25, was posted in a discussion about Johnson potentially becoming the next Tory leader and Prime Minister.

In response to someone talking about what would happen if Johnson was PM, Dornan tweeted: “He’ll be too busy quaffing champagne and telling his new fag, my money is on Ross Thomson for that position, to keep still whilst he uses his back as a table. Honestly I don’t think he cares about Scotland at all.”

Dornan said he had used the word context of “public school boys being made to ‘fag’ for older pupils”. (@glasgowcathcart/Twitter)

However, Dornan has since apologised for the tweet and explained that he was using the word for its alternative meaning to describe a younger pupil who carries out chores for an older pupil at boarding school.

Those to respond to Dornan’s original post included Katie Frank, who is the Head of Office to Thomson.

Frank tweeted: “Using homophobic comments is not okay. Politicians in the LGBT community get enough abuse as it is.

“Saying you have gay friends and family does not excuse using this language. The SNP must condemn this behaviour now. No excuses.”

Others on social media asked for clarification on what he meant, with one person saying: “Hi James, as a ‘fag’ who voted for you in 2016 would you care to explain what the hell this tweet is about?”

In his apology, Dornan tweeted: “It seems clear that a previous tweet of mine has upset some people by the misreading of the word ‘fag’.

“I used it in the context of public school boys being made to ‘fag’ for older pupils. The only other use I’ve ever made of it is as shorthand for cigarettes.

“I happily and wholeheartedly apologise to those who misunderstood my tweet and thought it had a homophobic meaning. That use just never entered my head, I’ve too many family and friends who are gay to even consider such derogatory use of any word.”

Dornan tweeted a number of replies to users, explaining his original intent. (@glasgowcathcart/Twitter)

The SNP MSP said he had “never thought for a second” about using the word as a slur, adding: “Even when I saw the few tweets criticising it I thought they were just sympathising with Ross, not having a go at me about sexuality.”