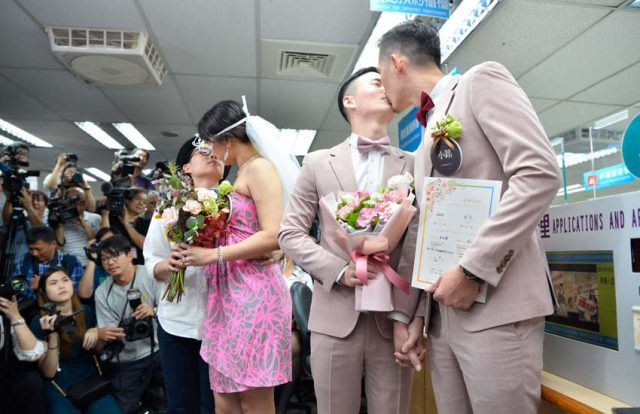 A survey by the Economist found 45% of respondents in the Asia-Pacific believe same-sex marriage is inevitable in the region.

But, 31% of respondents disagreed that same-sex marriage is inevitable.

Meanwhile, three-quarters of those surveyed reported a more open climate for LGBT rights compared to three years ago.

surveyed 1,901 people—including 339 in Asia—for their report Pride and Prejudice: Assessing Progress in Asia-Pacific.

Of those reporting an improving climate for LGBT people, 38% cited a change in policies or laws. Meanwhile, 36% said coverage of LGBT Issues in mainstream media was a major factor.

The top reasons cited for diminishing openness was anti-LGBT advocacy by religious institutions.

this month became the first country in Asia to legalize same-sex marriage. implemented equal marriage in 2017.

Places such as and have also made improvements to LGBTI rights in the region.

But, in Indonesia and Malaysia religious leaders and politicians are whipping up Islamic fundamentalism against their LGBTI communities.

He also said: ‘more action needs to be taken to move the needle for LGBT people in countries across the continent.’

The survey also found the share of Asia-Pacific executives who believe there is a return on investment to LGBT-progress-raising measures grew by ten percentage points.

And, those who would like their firms to increase funding for LGBT diversity and inclusion rose 11 percentage points.

‘Businesses have a crucial role to play, alongside governments, courts, civil society and the general public’ said Gold.