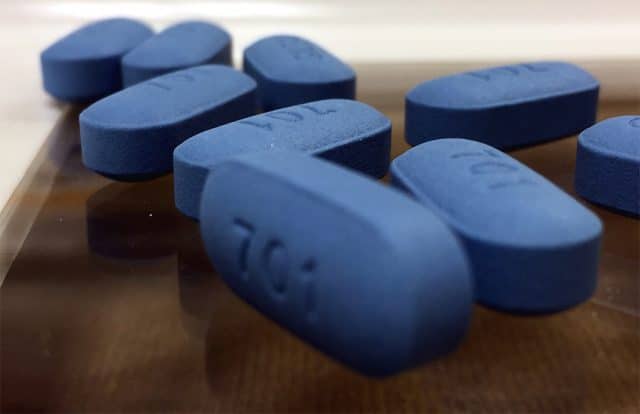 The 56 Dean Street clinic opened its r and provides the HIV preventative medication for those eligible for NHS care.

Currently, England is the only place in the UK where it is not funded by the NHS (National Health Service). To access it in England more than 10,000 people at high risk of acquiring HIV have registered to be on the PrEP Impact Trial. But because places on the trial are limited not all people who need it have affordable access to it.

Other people have imported it from overseas pharmacies, but this in not a practical solution for people who are not able to receive the packages at their home or office.

Dr Alan McOwan is the lead clinician at 56 Dean Street. He said since the PrEP Shop launched, more than 3,000 men have registered with the service.

‘We felt it was a really important thing to do. We need PrEP to keep HIV rates falling in London, but loads of our users couldn’t afford branded Truvada or were worried about buying it online,’ he told Gay Star News.

McOwan said 56 Dean St had planned to drop the cost for months. It accesses its PrEP through the NHS  which only last week switched over to entirely generic versions of the medication.

‘Until now, PrEP Shop was the only service buying generic tablets. Last week the rest of the NHS switched over,’ he said.

‘That increased volume means we can now buy it cheaper. The team feel it’s vital to make PrEP affordable to as many people as possible. That’s why we reduced the price as quickly as we could.’

Dropping the price seemed like a natural thing for 56 Dean St to do.

‘We’re absolutely determined to end HIV transmission. London has the highest number of HIV infections in the UK. We wanted to do all we can to help,’ McOwan said.

For people not eligible for NHS care, they can still buy it through the. The drugs cost the same but there’s an additional charge of £179 for the consultation and tests.

For people who can’t afford the reduced prices from the PrEP shop, McOwan said 56 Dean was working with the . That fund makes it free for people with no income or on benefits.

While the reduced prices are a boon for the community, McOwan pointed individuals still had to make the decision for themselves about whether the treatment was right for them or no.

‘PrEP is more effective than condoms at preventing HIV if it’s used correctly,’ he said.

‘However, unlike condoms PrEP doesn’t protect you against other sexually transmitted infections.

‘While PrEP is great, it’s not the solution for everyone. Answer the 5 questions on our tool to find out what’s the best choice for you.’