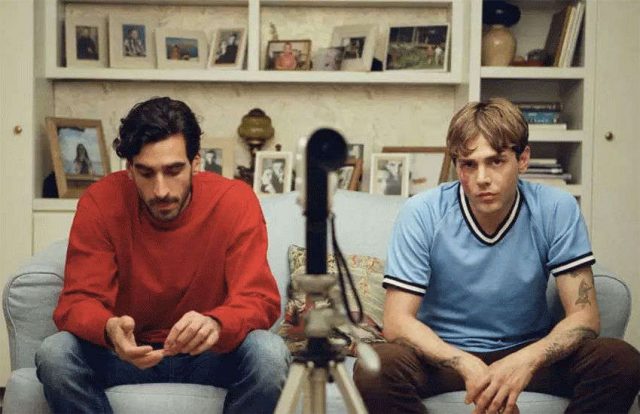 Gay director and actor Xavier Dolan, who often explores LGBTI themes in his movies, has opposed labels such as ‘gay film.’

The star made the comments at a press conference for his latest work Mathias & Maxime in Cannes this week.

The romance features Xavier in a leading role alongside Gabriel D’Almeida Freitas, whose longing for each other comes to the surface after they share a kiss.

Fretias plays Mathias, who when the film begins, is in a straight relationship.

‘This film is not gay, it’s life,’ Dolan told press at the film festival.

‘We never talk about heterosexual films,’ he furthermore added. ‘”Oh, I saw this great heterosexual love story.” For me, it’s not a story of homosexuality or gay love.

‘Ultimately, I don’t think that the two protagonists are aware that it is gay love. It’s love.’

As well as starring in Mathias & Maxime, Xavier directs the movie. He also serves as producer and writer.

His previous celebrated films that explore LGBTI themes include Laurence Anyways and Tom at the Farm.