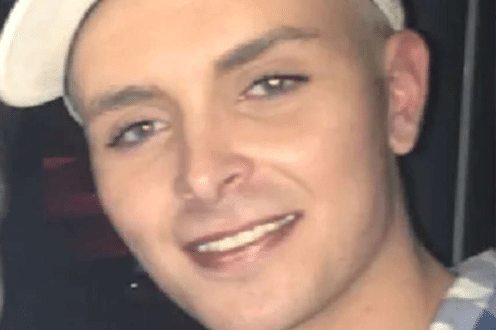 There has been a rise of homophobic hate crimes in Paris

A 20-year-old gay man has been murdered allegedly by a stranger he met on his bus trip home in Paris.

Known only as Daniel, he was traveling from Châtelet to Villejuif in Paris with a friend called Fred. The men decided to get a bus home at about 2.30am on Thursday 11 April.

They met another man and invited him back to their apartment, according a fundraising page started by his friend, Nicolas Joubier.

When they got to the apartment, the man allegedly stabbed Fred. Daniel was in his room talking on the phone. The man then attacked Daniel who tried to escape through the first floor window, but the stabbing got to his internal organs.

Passersby found Daniel unconscious on the street who had died of his injuries.

‘Daniel was the embodiment of “joie de vivre”,’ Joubier wrote.

‘Provoking and extreme he didn’t hide his feminine side but loved to play around with it to feel alive. Often criticized for being ‘too’ something (too feminine, too exuberant or too vulgar), he stuck out also for being very kind, funny and festive.’

Daniel’s alleged killer remains at large with police appealing to any witnesses for information.

His murder comes amidst in a rise in homphobic hate crimes in Paris. Three homophobic attacks were recorded in October alone in Paris.

‘It is necessary to urge you, always and always, to have the greatest vigilance when you meet strangers, especially if you are in a altered state (alcohol, drugs, extreme fatigue),’ the group wrote in a statement.

‘Stay in regular contact with a loved one who you can contact, and if they do not hear from you (can check in).

‘Daniel, you will be missed a lot. Rest in peace wherever you are, keep on having fun as you knew how to do it so well.’