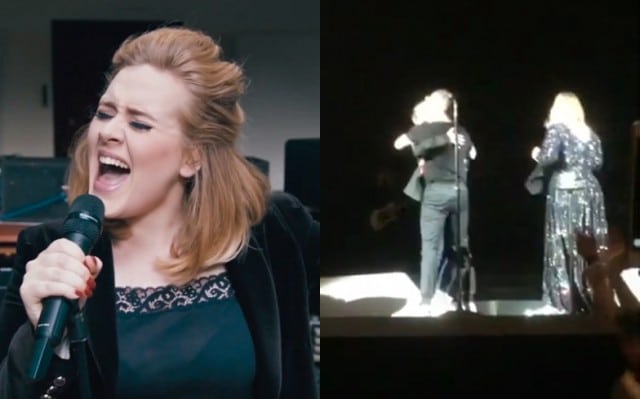 Do you remember gay couple who got engaged on the stage during Ellie Goulding concert? Now the same thing happened during Adele’s show.

Adele is a famous pop singer. But she not only pleases the audience with her vocal skills, she is always ready to help her fans take care of their personal relationships.

For example recently on Tuesday, May, 3, she was performing her show in Copenhagen, Denmark. A couple of Adele’s gay fans, André Söderberg and Simon Carlsson, who were enjoying this show decided to make a proposal.

Adele helped them inviting both onto the stage. Adele and all the people coming to the show witnessed in glee as Söderberg got down on one knee and proposed to Carlsson.

One fan from the audience filmed a video, that showes Adele holding the microphone for Söderberg and then hugging happy gay couple saying:

this is cute but Adele's reaction is even cuter please send helphttps://t.co/xAMFqwK4CL

She even proposed them incredible thing:

“Should I be your surrogate if you have children? I’d love to have a baby with someone Swedish.”

Adele reportedly pulled the couple out of the fans crowd because she liked the glasses they wore and Söderberg admitted that the proposal was spur of the moment.

“I had been thinking about asking him to marry me but when Adele invited us to the stage, it just happened,” told André.

“I had a plastic ring on which we had bought earlier in the day when we were buying costumes, so I took that ring and put it on his finger. What can I say – I just love him so much!” 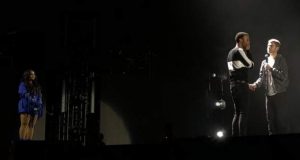 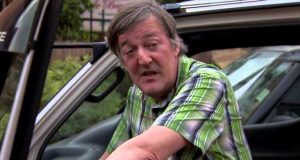 Nick Gayer
0
Stephen Fry is battling prostate cancer, he has revealed. The 60-year-old revealed the news in a 12 minute video to YouTube, saying he has been...