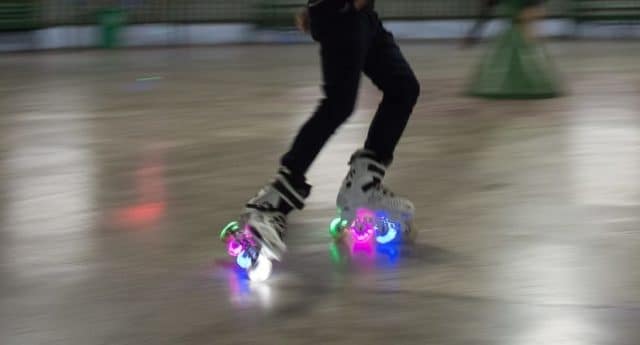 An Australian skating rink has closed its doors after two women accused a staff member of demanding they leave for kissing in front of children.

Maddie Dellosa and Amy Hudson, both 20, were apparently told their behaviour was “not tolerated” at Oak Flats Roller Skating Rink because it was a “family venue”.

After the couple went public with their complaint, the venue was inundated with abuse and has now closed permanently over concerns for the safety of staff, the Illawarra Mercury reported.

“We pecked on the lips and I turned around and saw the manager coming towards me. He said, ‘ladies, I’m going to have to ask you to stop that’.”

“I felt my blood boil. He said he’d had a complaint from a parent that it wasn’t appropriate in front of children.

“He said, ‘I don’t care if boys kiss boys or whatever, it’s just not tolerated here, it’s a family venue’.”

Ms Dellosa added: “That was when Amy grabbed my face and kissed me on the lips.

According to the newspaper, Ms Dellosa and Ms Hudson, who were at the skating rink on a date, have received abuse themselves, including from people who claim they were “all over each other”.

Ms Dellosa said she understood it was a family venue where overt displays of physical affection would be inappropriate.

But she insisted: “We were giving a quick peck before we went to do whatever we were going to do, and no one can tell me that he would ask a straight couple to [stop] that if a parent complained.”

Oak Flats Rollerskating Rink told the Illawara Mercury it would not comment for legal reasons. The venue’s Facebook page has since been taken down.

Oak Flats is a suburb of Shellharbour in New South Wales about 50 miles south of Sydney.