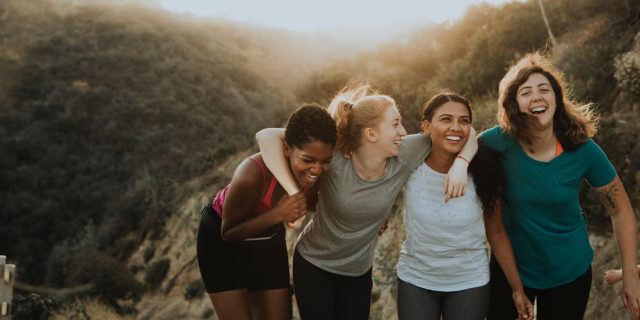 Bisexual people are more likely to be politically liberal than other groups, according to a new study.

The study was conducted by University of Oklahoma sociologist Meredith Worthen and was published in Sexuality Research and Social Policy. It looked at political perspectives among lesbian, gay, bisexual and heterosexual students.

How liberal are bisexual people?

The study found that there was a “sexuality gap” between people who were exclusively heterosexual and those who were not when it came to political opinions.

Social justice was also found to be more important to lesbian, gay and bisexual people than those who were exclusively heterosexual.

Other literature in the past has suggested that bisexual people may be less liberal than gay men and lesbians, however this new study casts doubt over that stereotype.

Meanwhile, the research suggests that exclusively heterosexual people are by far the least politically liberal.

The study’s abstract notes that there is a stereotype that “all gays are liberal” and that – despite this – sexual orientation has been largely overlooked in research into political attitudes.

They also say that there is “evidence of a bisexual woman consciousness that relates to strong liberalism among bisexual college women.”

The study suggests that gay, lesbian and bisexual people might be more likely to be politically liberal because of their oppressed identities.

65 percent of LGB people surveyed said they had self-harmed, compared to 1 percent of straight students.

The researchers pointed to low self-esteem as a contributory factor in the statistics.

One of the researchers also said that tackling anti-LGBT+ discrimination and promoting acceptance of the community could improve self-esteem.

Previous research has also suggested that there are higher rates of self-harm and suicide among LGBT+ people.

A report released in August found that almost half of 14 year olds who experienced same-sex attraction had self-harmed.

Meanwhile, NHS data from recent years show an increase in the number of young people admitted to hospitals for self-harm.

Another study from earlier this year found that lesbian and bisexual women are not accessing treatment for mental health issues and alcohol addiction.

The study, published on May 15 in the peer-reviewed BJGP Open journal, involved researchers from five universities across Australia who surveyed over 500 women.

The research found that while women who are attracted to other women experienced higher rates of substance abuse and mental health issues than heterosexual women, they were less likely to seek and receive treatment for these issues.

Bisexual man on the run: ‘My father is trying to have me murdered’